Ruffalo, who plays The Incredible Hulk and his mild-mannered alter-ego Bruce Banner in the Marvel Cinematic Universe, isn’t known for being able to keep a secret. During the lead-up to Avengers: Infinity War, Ruffalo spoiled the film’s dramatic ending months before the movie was in theaters.

Fallon wanted him to do it again, apparently, so when Ruffalo stopped by The Tonight Show on Wednesday night, the host hooked the Marvel star up to a lie detector to force secrets out of him. “I don’t want to get fired again,” Ruffalo said, as Fallon attached lie detector pads to his temples and started to grill him on all the secrets that he knows about the film.

“Is the Hulk secretly a shape-shifting alien known as a Skrull?” Fallon asked, referencing the extraterrestrial spies infiltrating earth introduced in Captain Marvel. When Ruffalo said he couldn’t answer that, the needle on the lie detector went crazy.

In fact, the needle seemed to go crazy a lot. Either Fallon is really good at this, or Ruffalo is really bad at keeping secrets. 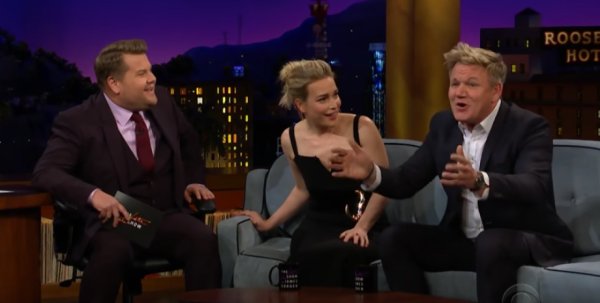 Gordon Ramsay Has a Plan For That 'Idiot Sandwich' Meme He Created
Next Up: Editor's Pick