Move Aside, Pi Day. These Six Numbers Are More Deserving of Celebration

Whenever celebrity numbers get together, I have to imagine that Pi receives its fair share of glares and cold receptions. Or, worse, gets mistaken for a table, leaving all manner of water stains. Sure, Pi is great and all, but does it really need its own day?

Mar. 14, which is both Albert Einstein’s birthday and the calendar date denoted in the U.S. by the first three digits of Pi, may not be perfectly circled on too many calendars, but it is an excuse for pizza magnates, confectioners and math enthusiasts to cadge a little publicity. For example, Andrew Dana, co-owner of the Timber pizzeria in Washington, D.C., said he is offering draft beer for $3.14 with the purchase of a pizza this year.

But wouldn’t you rather pay $2.71? Here are six other numbers, both from physics (the universe we live in) and mathematics (the universe of our minds) that I think are more deserving of their own spot on the calendar. There are hundreds of candidates, so we apologize to those other fascinating numbers that didn’t make the deadline.

We live in a world governed by logarithms and exponential growth, from the strings on a piano or your retirement fund. This compulsive halving or doubling of things in nature is metered by formulas that use the constant e or its mirror image, the natural logarithm ln. The value of e is approximately 2.71828 and, like Pi, is irrational and extends to infinity, a fact that the Swiss polymath Leonhard Euler proved about 20 years after its discovery. Euler (pronounced “oiler”), extended our understanding of the number’s mechanics so broadly that it is often called “Euler’s number” and uses the first letter of his name as a calling card in his honor.

One could argue that all numbers are imaginary—just ideas humans invented to measure things—but the number i is extra imaginary because it exists outside the usual digits. The concept goes back centuries, ever since it first bugged mathematicians that two regular numbers, when multiplied by one another, must be positive, since two negatives cancel one another out.

This means, of course, that there is no date on the calendar that cannot be conventionally counted … except for one. Thanks to the fact that the earth’s orbit around the sun is approximately 365.25 days, the Gregorian Calendar usually adds a day at the end of February every fourth year. (Calendars, it should be noted, are even more invented and imaginary than i.)

It is a sad day in the life of a physics student—at least, it was for me—when I learned that Earth’s gravitational pull, g, which typically clocks in at 9.81 m/s^2, was a lie. Or at least, a lazy convenience when calculating the trajectory of a baseball, the impact of a falling piano and so forth. The value is just a variable that doesn’t change much in basic, terrestrial mechanics. The real gravitational constant, G—quite often called “big G”—is a much, much smaller number found in Newton’s Law of Universal Gravitation, which describes the universal gravitational attraction between any two objects in the universe: The product of their masses divided by the square of the distance between them, multiplied by 6.667 * 10^-11.

Amazingly, G—whose value is still being calculated past about eight digits—even survived the onslaught of General Relativity, which upended just about everything else, showing up in Einstein’s Field Equation. (Yes, that’s the same G, though, as usual, it means something a little different.)

In quantum mechanics, Planck’s constant, denoted h, is a fundamental unit of energy measured as 6.6262 * 10-34. It is as difficult to overstate the importance of Max Planck’s discovery that energy is quantized as it is to violate the Heisenberg Uncertainty Principle.

In many uses, where the constant is measuring angular momentum—such as the foundational Schrödinger Equation—h is simply divided by 2π and expressed as “h-bar,” or ħ, which is about 1.054 * 10-34. Besides being partial to Shrödinger, using h-bar prevent us from inventing two holidays on June 6.

The Austrian physicist Ludwig Boltzmann was born at the close of the Industrial Revolution, when it became essential to understand and measure how temperature and energy interact—without, say, measuring every molecule in a steam engine. Building on some of Planck’s work, Boltzmann discovered that there was a constant ratio between a particle’s energy and its temperature—a discovery that would eventually open the doors to our understanding of entropy and information. The value, denoted k, is sometimes expressed as 1.38 * 10^-23 Joules/Kelvin, but common as 8.617 * 10^-5 electron-volts per Kelvin.

The most under-appreciated mind of the 20th century in America may be a man named Claude Shannon, the subject of the recent, overdue biography A Mind at Play. He is credited as the father of information theory—which is to say, the theory of everything. He was neither the first person to imagine that information could be reduced to two values, 0 and 1—that honor typically goes to George Boole, a century earlier—nor did he coin the word “bit,” which is credited to John W. Tukey. What he did do was realize that everything that can be known can be expressed, calculated and transmitted in a series of these two-value units. Bits, in other words, were no longer a measurement of a certain unit. They were the unit.

Shannon’s 1948 “A Mathematical Theory of Communication” stands alongside the work of Alan Turing, Albert Einstein and legions of others in changing the modern world, up to whatever medium you are reading this sentence on, including a printed piece of paper. In the grand unit of constants, his core formula for the amount of potential information in a message is identical to the formula for entropy that uses the Boltzmann constant, with the additional only of a minus sign.

While we don’t typically calculate the calendar by days of the year, the second day seems appropriate.

A note about Pi

Math is a bit like Congress: It is far more complex than many realize, has abysmal approval ratings and has yet to find a solution to age-old problems, like the Riemann Hypothesis or universal healthcare. To that end, Pi Day is a wonderful celebration of the beautiful, confounding intricacy of mathematics.

Nearly 314 years have elapsed since the Welsh mathematician William Jones chose the Greek letter π to represent, well, Pi. In so doing, he was etching both the most recognizable constant in mathematics and the first line of his biography. Many great advances have occurred in that time, spawning pages and pages of constants both measured empirically (like the speed of light) or derived theoretically (like e). And just as Shannon borrowed Boltzmann’s constant to calculate information, many constants bear a relationship to Pi. (See “h-bar Day,” above). If there is one unifying law that neatly sums up the convergence of symbols in a vacuum, it is Euler’s Identity, nearly expressed like so:

Thanks to input from Wellesley Associate Professor of Mathematics Oscar E. Fernandez, author of The Calculus of Happiness, and Garth Sundem, author of The Geeks’ Guide to World Domination. 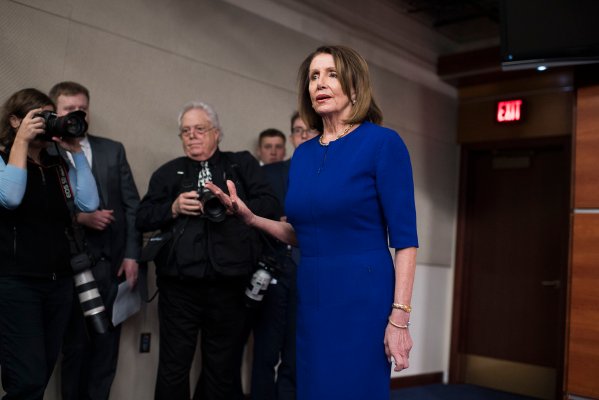 Don’t Impeach Trump. Vote Against Him
Next Up: Editor's Pick