Experts Are Calling for a Ban on Gene Editing of Human Embryos. Here's Why They're Worried

In November 2018, Chinese biophysicist Jiankui He stunned the world when he announced that he had used a controversial gene-editing technology, called CRISPR, to genetically alter the genes in embryos and give them immunity to HIV. The embryos were transferred to the woman who provided the eggs to create them, and twin girls were born.

The move, considered highly experimental and unethical by most scientists around the world, prompted intense debate in the scientific community about not just the implications for the twins, but for society as well. When applied to human eggs, sperm and embryos, gene-editing technologies, of which CRISPR is the most precise, can alter the genes that people pass on to the next generation, and therefore modify the gene pool of the human species.

Now, in the journal Nature, a group of 18 scientists from seven countries (Canada, China, France, Germany, Italy, New Zealand and the U.S.) have called for a voluntary moratorium on all studies involving gene editing of human eggs, sperm or embryos — so-called germline cells. Scientists proposed a similar moratorium in 2015, a few years after CRISPR was first described. But in the newer version, the scientists go further, asking not just individual researchers to agree to stop work on gene editing human germline cells, but calling on nations to create explicit laws or regulations to prevent such studies for now, and to develop a framework for allowing the studies when they deem they are safe and acceptable.

“Our question is, how should nations make decisions about technologies like gene editing going forward?” says Eric Lander, president and founding director of the Broad Institute of MIT and Harvard and one of the authors of the Nature comment. “What is a sensible, ongoing framework for nations to work together with each other to discuss important decisions that affect the human population, where each nation might choose to make different decisions, but where we need transparency and consultation to evaluate the societal consensus? We don’t have a lot of such things in place.”

The ban applies only to a select set of studies that involve genetic changes to germline cells: studies that involve altering the genes in eggs, sperm or embryos that would then be transferred for pregnancy. The vast majority of genetic experts believe it’s too early for any technique, including CRISPR, to be used in this way, because the safety of the technology hasn’t been established yet. Although CRISPR, for example, gives scientists the most precise molecular scissors possible to snip human DNA exactly where disease-causing genes or mutations might reside — or to even replace portions of the genome with healthy DNA — studies in animals and cells in a lab dish show that sometimes the scissors splice where they aren’t supposed to. It’s also not clear what effect manipulating the human genome by removing or replacing fragments of DNA might have on people’s health — now, or for future generations.

That’s what prompted experts in the field to initially call for a moratorium in 2015, but the technology has moved so quickly that testing the use of CRISPR in people is looming as an inevitable reality. Then He made his startling announcement, which highlighted the fact that scientists — along with governments and society at large — are poorly prepared to address what happens when gene editing does become ready for prime time.

“This is one of those highly significant and even profound moments where science is empowered to cross a line into territory it has never entered before in history, where it ought to think very hard about the best interests of the world and not just assume that science always goes forward because we know how to do something,” says Dr. Francis Collins, director of the National Institutes of Health (NIH), who authored an accompanying statement supporting the moratorium. “We need time to begin to sift through the societal consequences. And then there are the profound philosophical and even theological issues about what it means to change our very essence. We’ve got to spend some time on that. And while we do that, let’s not have any more rogue eruptions of experiments being done when the safety issues are not resolved.”

The moratorium calls for researchers and nations to suspend studies on human gene editing of eggs, sperm and embryos for about five years, and during that time, for countries agreeing to the ban to encourage societal discussion about how its citizens would like to see such work proceed. If a nation decided it was ready to begin conducting such studies again, it would share its plans with the international community, preferably two years ahead of time, so additional discussions could ensure that safety and ethical issues had been addressed.

The moratorium does not apply to research on so-called somatic cells, or any other cell except the egg and sperm that are involved in reproduction. Somatic cells, such as blood and skin, are not passed on to the next generation, so any genetic changes made to a person’s own genome in these cells are not inherited. Promising studies involving gene editing to treat sickle cell, for example, won’t be affected by the ban. “Those clinical trials should not in any way be impeded by this,” says Collins. “The only focus on the moratorium is on embryos and germline manipulation with the intent to implant that embryo in the mother’s womb. It’s a very narrow prohibition. All the rest of the applications of gene editing should not only go forward, but should go forward vigorously and with great energy.”

Research on human embryos, not to mention changing their genomes, has historically been an ethically fraught issue, particularly in the U.S. A law prohibits NIH, which doles out federal funding for biomedical research, from supporting any studies involving human embryos, because of the potential that the research might harm or destroy the embryos. Much of that work, including seminal studies on embryonic stem cells, continues to be conducted in the U.S. using private funds only.

In the UK, however, a broader set of research on human embryos is allowed. In 2016, the government permitted the first sanctioned studies applying CRISPR to human embryos, although in those studies, scientists would only study embryos for research purposes and would not transfer them for pregnancy and birth, unlike He.

The proposed framework, says Lander, is not meant as a template for how all nations should proceed in applying gene editing to germline cells, but is intended to spark discussion about how different countries might do so based on their own laws and culture.

“We want to put the question squarely on the table. We’re not so bold as to say that we know exactly how to do it,” he says. “But we’re saying that it’s time. We need something that will serve us in the coming years and decades. We anticipate that reaction to this will range all over the place. But if it engages people to solve the problem, then we will have done our job.” 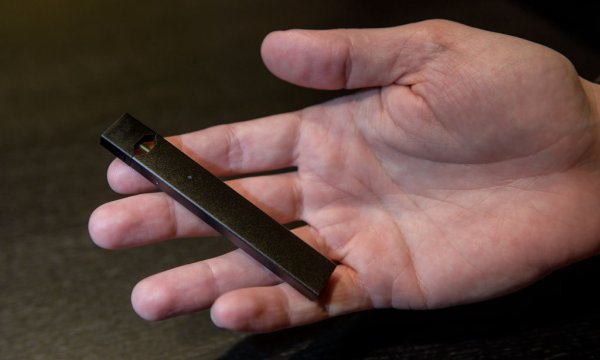 The FDA Revealed How It's Planning to Restrict E-Cigarette Sales to Teens
Next Up: Editor's Pick