British Couple Stranded in Singapore With $180,000 Hospital Bill After Baby Was Born Early

A British couple is stuck in Singapore with hefty medical bills after their son was born prematurely, BBC reports.

The pair were on a stopover when Wilkinson, 24-weeks pregnant, went into labor. On Feb 26, she delivered a son, who weighed just 1.9lbs.

The couple say their travel insurance does not cover pregnancy, and Singaporean laws prevent them from working to pay off the bills. While Lorcan remains in the hospital’s intensive care unit, the new parents have turned to crowdfunding.

“We are on our own, a 14-hour flight away from our family and friends, and it has been a very difficult start to parenthood whilst Lorcan remains in hospital,” Wilkinson said.

The couple were working in Australia when Wilkinson became pregnant. En route home to share the news, Wilkinson had to be rushed to the hospital.

Walsh-Kavanagh told BBC that doctors found an infection and told Wilkinson once she began dilating that it was no longer possible to make a connecting flight.

“Flying commercially has been deemed too dangerous,” the GoFundMe, created by Walsh-Kavanagh’s sister, Aoife-Lourdes Valentino, reads.

The couple are staying in a shared flat close to the hospital where their son is being cared for.

“We’re so thankful of everything so far, especially being so far from home,” Walsh-Kavanagh said in a Facebook post. 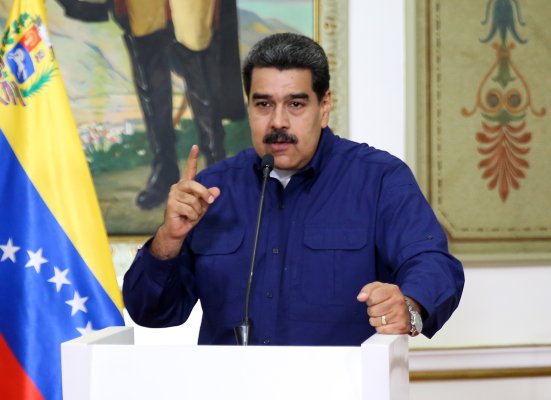 Venezuela Blames U.S. for Blackout, Asks Diplomats to Leave
Next Up: Editor's Pick