With resentment percolating over a record-setting blackout, Venezuelan President Nicolas Maduro lashed out at the U.S., blaming the U.S. for the country-wide outages and ejecting American diplomats from the country on Tuesday, Reuters reports.

“Donald Trump is most responsible for the cyber attack on the Venezuelan electricity system,” Maduro said in a broadcast. But experts said the powercut was more likely caused by technical problems in the link between the country’s hydropower plants and the power grid.

Maduro gave U.S. diplomats 72 hours to leave, though the State Department already announced Monday that all remaining U.S. Embassy staff in Caracas would be withdrawn because of the “deteriorating situation.”

Much of the country has been without power since last Thursday. Amid the prolonged darkness, hospitals have struggled to continue operations, food has rotted and exports from the petrostate’s main oil terminal ceased, Reuters reports.

While power sporadically returned to some, but not all areas Tuesday, anger has continued skyrocketing. Thousands of Venezuelans protested on the streets of Caracas in support of opposition leader Juan Guaido last week.

The outage is the latest blow in a nation paralyzed by dueling leadership claims by Maduro and Guaido. Maduro has repeatedly accused Washington of attempting to overthrow him and using Guaido as a puppet.

The U.S. and several other countries have recognized Guaido as the interim president, but Maduro refuses to step down and retains control of the country’s military. The U.S. has implemented sanctions to pressure Maduro from power.

Elliott Abrams, the U.S. special envoy to Venezuela, said Tuesday that “very significant,” addition sanctions could be imposed in the coming days to increase leverage against Maduro’s government. 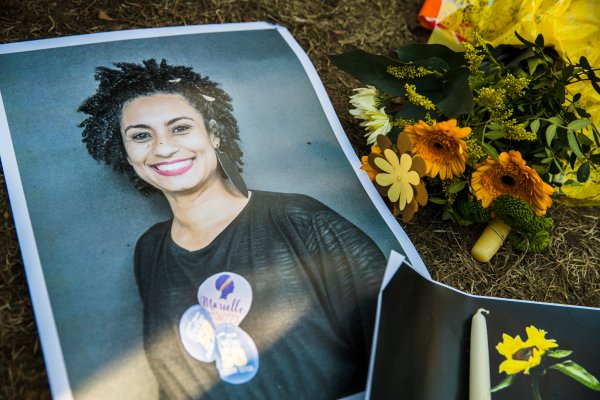