Despite Crashes, the FAA Still Isn't Grounding the Boeing 737 MAX 8

Boeing 737 Max-8 aircraft are parked up at a gate in the terminal of Manchester Airport on March 12, 2019 in Manchester, England.
Christopher Furlong—Getty Images
By Tara Law

The Federal Aviation Association has decided not to ground Boeing 737 MAX 8 planes, despite warnings from experts that the aircraft – which has been involved in two fatal crashes in less than five months – is dangerous.

The FAA wrote on Twitter on Tuesday that it is continuing to review the available evidence, but so far it has found “no systemic performance issues and no basis for grounding the aircraft.”

The announcement comes as other countries, including China, the United Kingdom and Australia have grounded the aircraft, citing safety concerns. On Tuesday, the European Union’s safety agency suspended all Boeing 737 MAX 8 flights “as a precautionary measure.”

Two deadly crashes have raised concerns about the safety of the aircraft, which drives nearly a third of the Boeing’s operating profits, according to Fortune. On Sunday, a Boeing 737 MAX 8 owned by Ethiopian Airlines crashed while flying from Addis Ababa to Nairobi, killing all 157 people aboard. Another plane of the same model, flown by carrier Lion Air, crashed in Indonesia last October, killing the 189 people on board.

David Soucie, a former FAA inspector, told CNN Monday that there isn’t enough information to rule out the possibility of there being something wrong with the aircraft.

“I’ve never, ever done this. I’ve never said that, ‘hey, it’s unsafe to fly a particular model’ but in this case, I’m going to have to go there… So yeah, I would watch for that airplane,” Soucie said.

Jim Hall, who led the National Transportation Safety Board from 1994 to 2001, said that the agency would have responded differently to the crashes if they’d occurred in the U.S.

“There’s no question in my mind that if those two events had happened in our country, the aircraft would be grounded and there would be a far more intense look at this,” Hall said.

U.S.-based air carriers Southwest Airlines and American Airlines have said that they will continue to fly their MAX 8 planes, although at least 27 other global companies have grounded the aircraft. 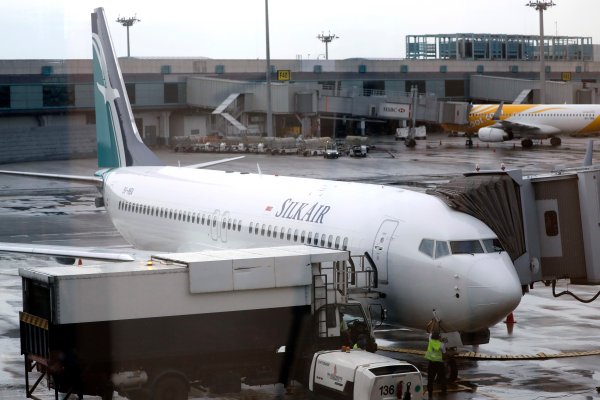 Will Boeing 737 Max 8 Groundings Cause Flight Cancellations or Delays? Here's What You Should Know
Next Up: Editor's Pick