'Murder Is the Ultimate Form of Censorship.' CPJ's The Last Column Honors Journalists Killed in the Line of Duty

Getty Images photographer Chris Hondros walks through the ruins of a building in southern Beirut on Aug. 21, 2006. Hondros was killed while on assignment in Misrata, Libya, on April 20, 2011.
Getty Images
By Mahita Gajanan

The names of the dead trickle out slowly at first — Marie Colvin, Samir Kassir, James Foley — before more than 1,300 others pour together to form a thick black outline of a box. The image, a new logo, is the launching point for The Last Column, a new project from the Committee to Protect Journalists (CPJ) that aims to memorialize the many journalists who have been killed in the line of duty.

The project, which includes a book and a short documentary series, seeks to immortalize the work of reporters from all over the world who have died. The Last Column weaves together the final works of reporters including Marie Colvin, whose war coverage for The Sunday Times cemented her as a legend among foreign correspondents, and the Washington Post’s Jamal Khashoggi, who was murdered last year at the Saudi consulate in Turkey in an event that triggered international alarm and controversy. Khashoggi was honored, along with several other journalists whose lives were threatened, as The Guardians in TIME’s 2018 Person of the Year issue.

Although many of the journalists featured in The Last Column were well-known, others were local reporters killed while uncovering important truths about their own communities, Joel Simon, the CPJ’s executive director, tells TIME. All of their work put together in a single collection highlights the lengths dedicated reporters will go to in the effort to provide information.

“When you put it all together in one place, you realize this is what journalism is,” Simon says. “It’s not just big names trying to reach a global audience. It’s people trying to inform their communities, where such activity is inherently dangerous.”

One of the accompanying short documentaries features Cat Colvin, sister to Marie Colvin, who shares that she always viewed the famed reporter as invincible.

“She never wanted any other career,” Cat Colvin says of her sister. “She really lived to try to bring more reality to what she was seeing around her to try to express it. In a way, she did die doing what she loved. The horror of it is it wasn’t accidental. She knew she was getting into danger. She did not know she was being targeted.”

Bonya Ahmed, who also appears in the series, was attacked along with her husband, Avijit Roy, by Islamic extremists while in Bangladesh in 2015. Roy, a writer and advocate for free expression in Bangladesh, was targeted and killed for the subject matter in two of his books, The Virus of Faith and Homosexuality: A Scientific and Socio-Psychological Investigation, Ahmed says. Roy, a passionate writer, was fired up about issues of fundamentalism, whether religious or nationalistic.

“He really thought that it was very important to talk about it and create awareness through writing,” Ahmed says.

About a third of journalists who are killed previously received threats to their lives, according to Simon. “Murder is the ultimate form of censorship,” he says. “The only way to reverse the cycle of impunity and to stop the killing is to bring perpetrators to justice.” 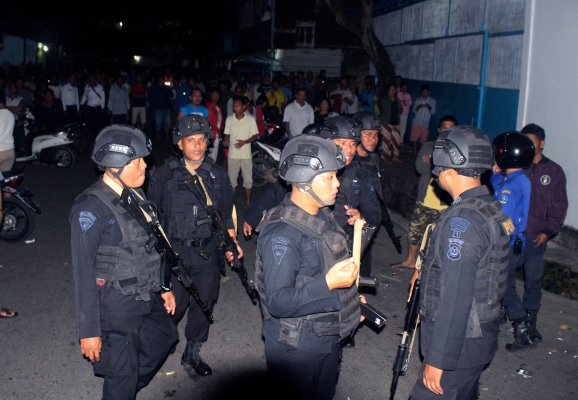 Wife and Son of Arrested Indonesian Militant Die in Blast
Next Up: Editor's Pick