One rad dad figured out a way to have his cake and eat it, too — by enjoying a soccer game while entertaining his young daughter, that is.

At a recent Atlanta United Football Club game, a father enjoyed his hot dog during the National Anthem, while showing his daughter some kind of entertainment on his iPhone as the toddler sat comfortably in contentment.

The video, originally posted on Instagram by another soccer fan, quickly gained traction on Twitter and Instagram. Some people thought the tactic was a genius parenting move.

Even the Twitter account behind Mercedes-Benz Stadium in Atlanta, Ga., the team’s home stadium, voiced support for the dad’s clever move.

Atlanta United definitely backed up the father’s choices, too, asking followers to identify the fan in order to reward him with a star for his jersey.

The team did not immediately respond to TIME’s request for comment. 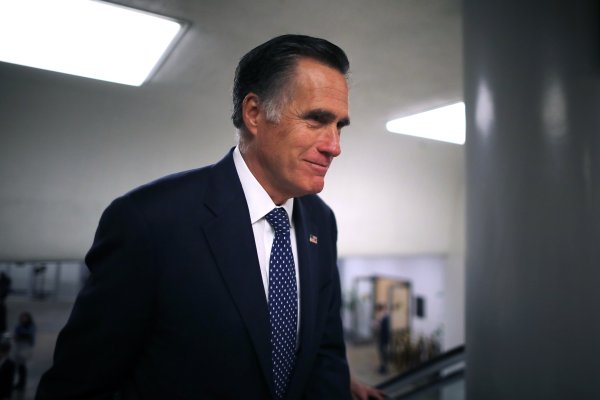 Mitt Romney Blows Out Birthday Candles One By One if You Must Know
Next Up: Editor's Pick