The World Wide Web Turns 30 Today. Here's How Its Inventor Thinks We Can Fix It

Exactly 30 years ago, a young British computer scientist named Tim Berners-Lee handed a research paper to his boss. It was called “Information Management: A Proposal” and he had been working on it for months. But he never thought it would revolutionize the world.

The 33-year-old Berners-Lee had written a blueprint for what would come to be known as the world wide web. “Vague, but exciting,” his boss scribbled in the margin.

Three decades on, more than half of the global population is online. The Internet has accelerated countries’ economic development and transformed the way political campaigns are run. It has fundamentally changed commerce, communication, and countless other spheres of life. But the mindblowing complexity of that new world of ubiquitous, accessible information has thrown up unpredictable new problems as well as solutions to old ones.

The rise of Internet giants like Facebook and Google, which collect reams of data on their users in return for free services, is a far cry from the original system of individual websites connected by links that Berners-Lee had imagined in March 1989. And the diverse impacts of those complex systems — like the rise of so-called “fake news,” online harassment, foreign influence operations and targeted advertising — are still playing out in real time.

To mark the 30th anniversary of the world wide web, Tim Berners-Lee spoke to TIME about his role in sparking our new information age, and explains his optimism about the future:

TIME: The amount of data that is now generated can allow programmers to predict our behavior. Are you worried that information can be used to influence us in ways that we don’t understand?

Tim Berners Lee: I’ve got a vision for an alternative world, in which that data does exist, but it’s at the beck and call of the user themselves. Where the apps are actually separated from the data source. So when you use an app, it asks, where do you want me to store the data? And you have complete control over who gets access to it. It would be a new world. We’re talking about a future in which these programs work for you. They don’t work for Amazon, they don’t work for Apple.

You’ve been very vocal about ensuring that the Internet is open to all. But only some 50% of the people in the world are online. Despite that, obviously the Internet has fundamentally changed our world. Do you see a change of similar magnitude when the other half of humanity comes online?

I do. I think it will be really amazing to watch. There’s a dominance on the current web of rich white males. Women and minority races are not as well represented. My guess is we’ll see great richness from different indigenous communities, for example. We’ll see different people whose governments work in different ways on board. Maybe we’ll have very effective new automatic translation that will give us windows into other cultures, which we don’t currently have. It’s very exciting.

When you envisioned the world wide web for the first time 30 years ago, did you have any sense of the impact that it would have?

I didn’t. We didn’t even know that it would work. To some extent, there are still things that can go wrong with it, and we shouldn’t take it for granted.

Did you predict the problems we currently see, like disinformation and trolling?

Yes and no. Did we imagine that people would do bad things on the web? Absolutely. From very early on, we knew that if it’s a powerful technology, then it’s going to be used for good and bad, just like all other powerful technologies. But initially our feeling philosophically was that the web should be a neutral medium. It’s not for the web to try to correct humanity. The web would hopefully lead to humanity becoming more connected, and therefore, maybe more sympathetic to itself — and therefore, perhaps less conflict-ridden. That was our hope. But in general, we expected day-to-day life on the web to be like day-to-day life on the street, to have its rough edges and its smooth edges.

So what has come as a surprise, then, in the past 30 years?

For the first 20 years, when people told me, “Tim, I’ve seen this web thing of yours. And I found some really bad stuff on it,” I would say, “the way the web works is you don’t follow those links. If those links lead you to garbage, don’t go there again.” So we lived in this world in which right-thinking individuals would be careful about what they looked at on the web.

But then there was suddenly the era of the Trump and Brexit votes. Not the results of the elections themselves. But at that point people looked at the way the elections were happening, and realized that people were believing things on the web, which were really pretty bizarre. The web kind of pandered to them, because it allowed them to create groups of people who believed the conspiracy theory, those groups would be as socially powerful as the groups of people who believed scientifically true facts.

Was that a turning point?

Yeah, that was a turning point. We suddenly realized, actually, we have to make sure that the web is serving humanity. Not just by just keeping it free and open, but making sure that the things that people build in this permissionless space are actually helping democracy.

Are those problems because of individuals or structures?

There’s the classic example of the ‘fake news’ farm in Macedonia. To a certain extent it’s hard to blame them, they were all just trying to make a living from Google ads. The Google ads machine would reward them more for things which engaged people, true or false. They discovered that a headline which would grab people wasn’t the most truthful headline – it was something bizarre.

But it’s not just Macedonian kids who were making money off this, but Google and Facebook themselves. Can we trust tech giants to redesign their systems if their profit incentives don’t align with what is best for civil discourse?

There are people inside the companies who are trying to make them better platforms. But there’s also the academic community. If the academics are showing repeatedly what’s going wrong, and it’s not being fixed, yes, I think there is an issue.

So how can we fix it? By getting the engineers to meet up with academics. It is getting better. Increasingly, the large social networks are hiring more academic researchers.

But is that actually enough? If the profit lies in perverse incentives, then isn’t that the overriding incentive?

Some people say that as long as the web is based on advertising it’s never going to come to a good end. There are some people who say that advertising is the Internet’s original sin. But maybe people will decide that they want to live in an ad-free world, and will do that by paying for it. I think that there is a backlash coming, that there will be systems which are not advertising-based. But there will still be systems that are. The web is full of lots of different things.

There is also pressure on these companies from consumers. It’s a pain, but people can change to other social networks if they want to. And there’s always the threat, in Europe especially, of regulation. I think regulation can be very important in the right place. And privacy regulation is something which a lot of people talking about now. 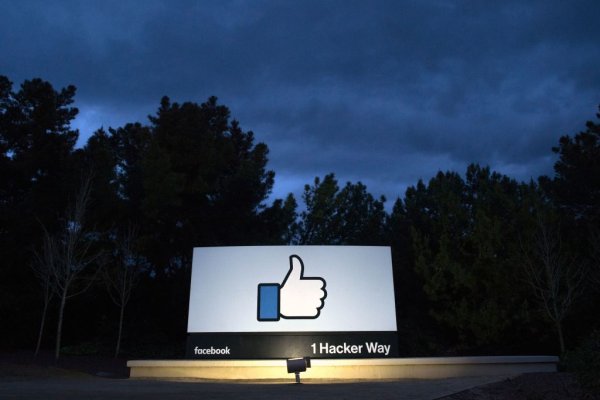 Here's What Facebook Is Doing to Prevent the Spread of Vaccine Misinformation
Next Up: Editor's Pick