Philippines President Rodrigo Duterte Went to an Event Honoring Women. Then He Referred to Them as 'Bitches'

Rodrigo Duterte addressed a group of female law enforcement and army officers with the term “puta,” which translates to “bitch,” at an event meant to honor them on Monday.

Presenting to a group of almost all females at the Outstanding Women in Law Enforcement and National Security of the Philippines event, the president of the Philippines also called the group “you crazy women,” the Guardian reports.

Duterte reportedly told the group that women are “depriving me of my freedom of expression,” in apparent rebuke to recent criticism for sexist comments.

“I love women,” he added, according to the Guardian. “That’s why you see I have two wives. That means I like women.”

Duterte caused controversy last week when he said women should stay away from Catholic priests because of the “scent of your body,” according to the Guardian. At Monday’s event he re-visited his earlier comments saying women are “rejects of priests.”

Duterte has faced frequent criticism for his sexist comments since taking office in June 2016. Last July, women’s rights activists in the Philippines staged a protest against his treatment of women. 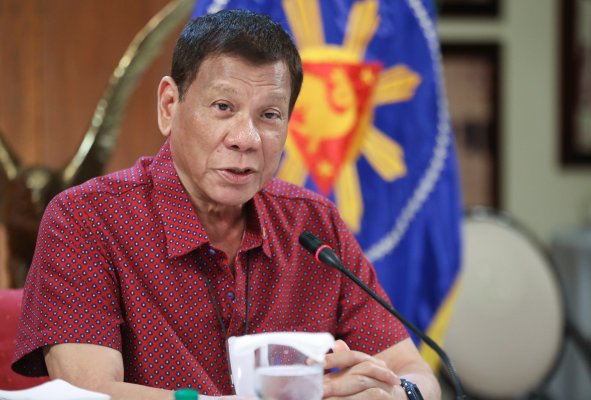