Both Singapore and Australia announced that they are suspending operations of Boeing’s 737 MAX aircraft Tuesday, following Sunday’s crash of Ethiopian Airlines Flight 302.

Singapore said the suspension will be implemented “in light of two fatal accidents involving Boeing 737 MAX aircraft in less than five months,” the Civil Aviation Authority of Singapore said in a statement.

The ban covers all flights flying in and out of Singapore, and several airlines will be affected including SilkAir, China Southern Airlines, Garuda Indonesia, Shandong Airlines and Thai Lion Air.

The statement calls the suspension “temporary,” but does not specify how long it will last.

Australia also said its ban is a temporary while they “wait for more information to review the safety risks of continued operations” of the aircraft. Australia’s decision will only affect Singapore Airline’s Silk Air and Fiji Airways as no domestic airlines use the plane, according to Reuters.

Several other countries have already halted operations of the aircraft. Authorities in China, Indonesia, and Ethiopia ordered airlines to ground Boeing 737 MAX planes on Monday.

The U.S. Federal Aviation Administration sought to assure the public of the model’s “airworthiness” in a statement on Monday, stating that the aircraft will still be allowed to fly in the U.S. where several major airlines utilize the model.

The crash of a Boeing 737 MAX in Ethiopia on Sunday killed all 157 people on board. The latest incident follows another deadly accident in Indonesia last October, when 189 people were killed in a Lion Air flight crash.

Similarities between the crashes have called the safety of the aircraft into question. In both situations, the planes, which were new, crashed just minutes after takeoff after the pilots had requested to return to the takeoff airport after experiencing difficulties.

Ethiopian Airlines said on Twitter the “black box” flight data recorder for Flight 302 was found Monday, though it may take several years to complete a formal investigation into the cause of the crash. 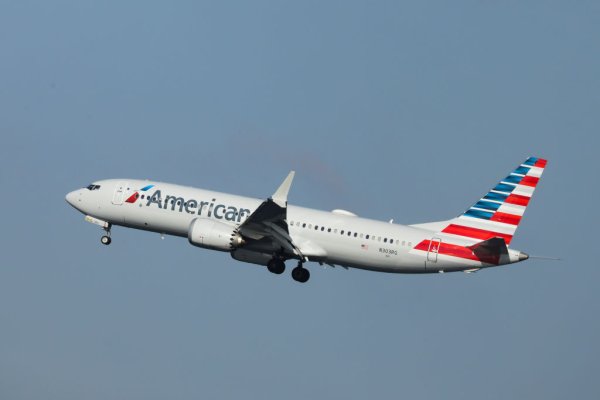 Here's How to See Whether You're Flying on a Boeing 737 MAX 8 on Your Next Flight
Next Up: Editor's Pick