(Bloomberg) — U.S. aviation regulators signaled their confidence in the safety of Boeing Co.’s embattled 737 Max jetliner, saying they will issue a global notice of “continued airworthiness” a day after the model’s second deadly crash in less than five months.

“The FAA continuously assesses and oversees the safety performance of U.S. commercial aircraft,” the Federal Aviation Administration said in an email announcing plans to issue the notice at 5 p.m. Monday from Washington. “If we identify an issue that affects safety, the FAA will take immediate and appropriate action.”

The statement signals that U.S. regulators have no immediate intention of grounding the 737 Max 8, breaking with China’s decision to tell its airlines to suspend use of the plane after a crash Sunday that killed 157 people near Addis Ababa, Ethiopia. The disaster followed an October accident in which a Lion Air 737 Max plunged into the sea off the coast of Indonesia.

Details about what the FAA’s “Continued Airworthiness Notification to the International Community” will say weren’t available. The so-called CANIC is how the FAA communicates about safety issues with other aviation regulators around the world.

With any accident involving a newly certified aircraft model, investigators and regulators pay special attention in the event that an unknown safety issue emerges. The National Transportation Safety Board, which is the lead U.S. agency under a United Nations treaty, sent a team of four investigators and they were joined by others from Boeing and the FAA.

“We’re obviously very concerned about what’s been happening and we’re monitoring the situation very carefully because safety is our number one priority,” Transportation Secretary Elaine Chao said on a conference call Monday with reporters about the department’s budget request.

“We do have a few flight attendants who are indicating they are afraid to fly the 737 Max,” said Lori Bassani, president of the Association of Professional Flight Attendants, which represents employees at American. No attendants have refused to fly on the plane so far.

More than 100 of the Boeing planes have been grounded outside the U.S., about one-third of the global Max fleet. The Chicago-based company is slated to deliver 558 of the Max 8 model over the next 12 months, according to Ron Epstein, an analyst with Bank of America Corp.

The U.S. has only grounded an entire model of aircraft twice in the last 40 years. The most recent time was in January 2013 after two lithium-ion battery fires on Boeing’s 787 Dreamliner model. The agency only acted after the second such incident occurred. 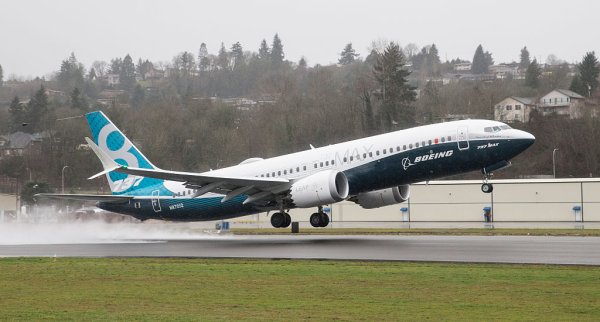 Which Airlines Fly the Boeing 737 MAX 8? Here's a List of North American Operators
Next Up: Editor's Pick