The crash of an Ethiopian Airlines Boeing 737 MAX 8 on Sunday is the second time in less than five months one of the new airliners has plummeted to Earth shortly after takeoff, killing all aboard. The cause of the crash is still being investigated, but it has left some questioning the safety of MAX 8 aircraft.

In an appearance on CNN Monday, former Federal Aviation Administration (FAA) safety inspector David Soucie said, “I’ve never, ever done this. I’ve never said that, ‘Hey, it’s unsafe to fly a particular model’ but in this case, I’m going to have to go there,” he said. “I would watch for that airplane.”

The two crashes represent a small percentage of the 737 MAX 8 flights in the air each day. On Monday, the FAA said it had confidence in the Boeing jetliner and said the MAX 8 was still “airworthy.” In a statement of its own, Boeing said that “safety is a core value for everyone at Boeing and the safety of our airplanes, our customers’ passengers and their crews is always our top priority.”

“The 737 MAX is a safe airplane that was designed, built and supported by our skilled employees who approach their work with the utmost integrity,” the statement continues.

Nonetheless, if you are interested in knowing whether you are boarding a Boeing 737 MAX 8 on your next flight, there are a few of resources available to help you find out.

In North America, six major carriers currently operate MAX 8 Aircraft, including: AeroMexico, Air Canada, American, WestJet, Norwegian and Southwest. United and COPA fly other variants of the 737 MAX, but not the MAX 8.

With 34 MAX 8 aircraft in its fleet, Southwest has the broadest current domestic use of the MAX 8. A representative for Southwest told TIME that the aircraft serves the airline’s entire market. According to analysis by travel research website Thepointsguy.com, some of the common Southwest 737 MAX flights include:

American Airlines has 24 Boeing 737 MAX 8 in its fleet. Thepointsguy.com determined that the most common routes for the plane originated from Miami International Airport. They include:

TIME verified that Boeing 737 MAX 8 aircraft are scheduled for use on at least some flights on the above routes.

Both carriers let customers see the aircraft model when they book a flight. To see whether an upcoming flight will be on a Boeing 737 MAX 8, you can also enter in your itinerary information using seatguru.com, which also gives details about cabin layout, seat dimensions and amenities.

However, there is always a chance that the aircraft serving your flight will change prior to your departure.

Cautious fliers may have a hard time avoiding the MAX 8 for much longer. Carriers across the globe continue to update their fleets.

Boeing’s 737 MAX 8 is the latest generation of the ubiquitous 737 model, and has only been in commercial use since May 2017. Currently, there are roughly 350 Boeing 737 MAX aircraft in use by airlines across the world, including the MAX 8 and its variants (the MAX 7, 9 and 10). However, many more 737 MAX aircraft are expected to start flying soon. As of January 31, 2019, 4,661 orders for 737 MAX aircraft have been made to Boeing by commercial airlines and are waiting to be fulfilled, according to the company.

The crash on Sunday is the second major accident involving the 737 MAX 8 to have happened in the past five months. On October 29, 2018, Lion Air Flight 610 out of Jakarta crashed into the Java Sea shortly after takeoff, killing all 189 on board. While the cause of both crashes is still under investigation, aviation authorities have placed scrutiny on automated controls installed on the MAX 8. Following the Lion Air accident, the FAA released an emergency directive “to advise carriers and pilots on training to disengage the aircraft’s automated controls if there are anomalies,” according to CNN.

Reactions to the Ethiopian Airlines crash have varied across the industry. TIME reached out to Southwest Airlines and American Airlines, the two U.S.-based carriers that operate 737 MAX 8 aircraft. Both responded with statements of confidence ensuring the airworthiness of their fleets, and said they have made no plans to cancel any pending orders for the MAX 8 or remove current planes from service.

Which countries have grounded 737 MAX 8 planes?

A growing number of countries and regions have either grounded MAX 8 planes or prohibited them from entry, including all of Europe, Canada, Australia and more. They include: 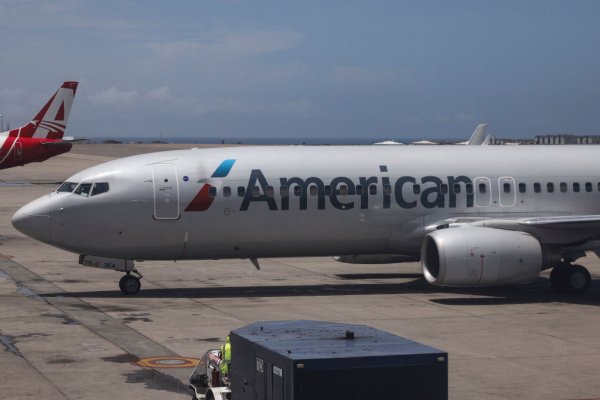