Matthew McConaughey is starring in director Harmony Korine‘s newest movie, The Beach Bum, as a character named “Moondog” — and as you can imagine, the ever-cryptic McConaughey has quite a hot take on just who Moondog is and how he operates.

In an email to GQ for a piece on Korine, the director behind wild film adventures like Spring Breakers, Gummo and Mister Lonely, McConaughey shared his Moondog description. “Moondog’s a verb. A folk poet,” he said.

It’s a vivid set of descriptors that certainly raises more questions than it answers. The Beach Bum, which is due out at the end of March, costars Isla Fischer and Snoop Dogg — and even features appearances from the likes of Zac Efron, Jonah Hill and Jimmy Buffett. The movie follows Moondog’s escapades from his Florida boat home.

It’s been a minute since McConaughey appeared onscreen in a major role, having had a strong 2014 run with critically-acclaimed parts in Dallas Buyers Club, The Wolf of Wall Street, True Detective and Interstellar, followed by a series of smaller voice and short roles. But if this advance taste of The Beach Bum is any indication, the next McConaissance may be even weirder and more unexpected than the last one. 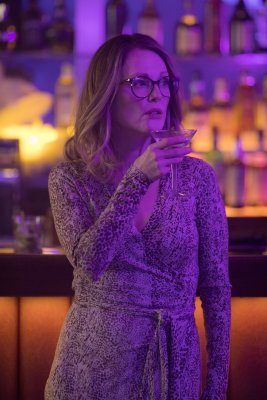 In Julianne Moore’s Gloria Bell, Women Over 50 Get the Movie They Deserve
Next Up: Editor's Pick