In the wake of a video of President Donald Trump referring to Apple CEO Tim Cook as “Tim Apple” going viral, Trump is claiming that he actually said the right name.

While speaking to Republican donors at his Mar-a-Lago club in Palm Beach, Fla. on Friday, Trump reportedly said that he had not referred to Cook as “Tim Apple,” but rather said “Tim Cook Apple” quickly with no emphasis on “Cook.” He went on to accuse the media of spreading “fake news” by reporting that he had said “Tim Apple.”

However, judging by the reactions of Cook and Ivanka Trump, if Trump did say “Cook,” it was inaudible to the two people who were sitting next to him during the meeting for the American Workforce Policy Advisory Board at which the incident occurred.

Cook took to social media to seemingly make light of the apparent gaffe by replacing his last name in his Twitter profile with the Apple logo while Ivanka responded to a Daily Show video poking fun at Trump’s history of calling people by the wrong name the with three crying-laughing emojis.

Watch the original Trump video below. 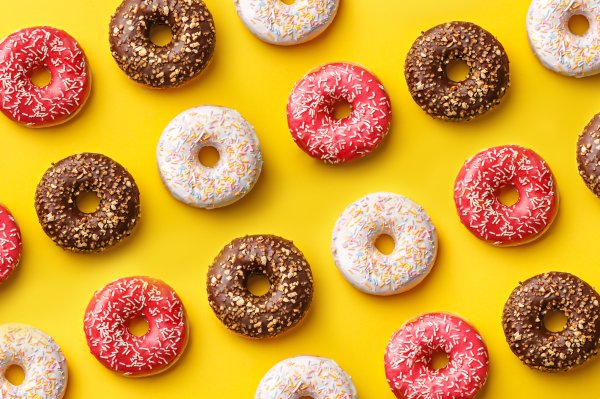 This 'Sad Dad' Wasn't Selling Any Donuts. Then His Son's Viral Post Came to the Rescue
Next Up: Editor's Pick