A Researcher Uncovered a Chinese Database That Lists the "BreedReady" Status of 1.8 Million Women

An internet expert says he has uncovered an open database in China that details the personal information of more than 1.8 million women, as well as something called their “BreedReady” status.

Victor Gevers, a Dutch researcher with nonprofit GDI.Foundation, tweeted his findings over the weekend.

According to his research, the database stored women’s names, ages and marital status, among other particulars. The youngest member of the database was listed at 15 years old, while the average age was around 32. More than 80% of the women included appear to live in China’s capital, Beijing.

In the screenshot Gevers posted, a field called “BreedReady” is last on the list, which also includes columns for “politics” and “education”. It’s unclear what the “BreedReady” term indicates, though Chinese netizens were quick to draw comparisons to the country’s panic over the plummeting birthrate and aging population.

On the Chinese social network Weibo, users called the database a “real-life Handmaid’s Tale,” likening it to Margaret Atwood’s dystopian novel. Others called it “horrible and absurd”.

China’s declining population has been recognized as an official problem by the government, which in 2015 ended its one-child family planning policy. But the reforms have not made much of a dent in China’s looming demographic predicament, with the country expected to soon enter an “era of negative population growth.”

Gevers told TIME that the database of women was taken offline on Monday afternoon.

“At this moment we have no idea who the owner of the data is,” Gevers said.

It is also unclear who the women are. “We are looking to contact a few persons to see if we can figure out if they signed up for something,” Gevers added.

State media has not responded to the public database revelation.

“To be honest I hope it was just poor English of the developer,” Gevers said of the “BreedReady” terminology. “But we simply do not know this for sure.” 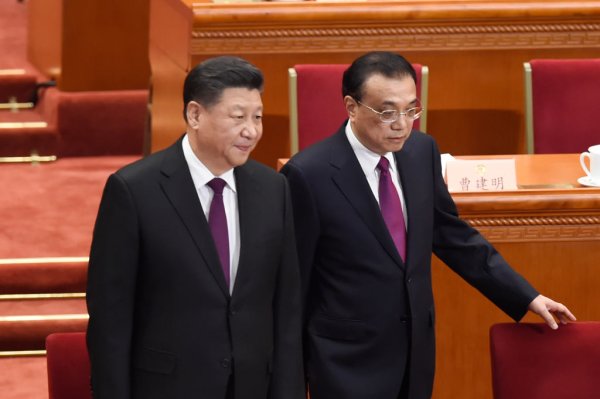 China Plans for 'Unpredictable' Year at Annual Parliament
Next Up: Editor's Pick