A Plane Carrying 157 People Crashed in Ethiopia. Here's What We Know So Far

An Ethiopian Airlines plane en route to Nairobi, Kenya crashed just minutes after takeoff Sunday morning, killing all 157 people on board. The tragedy affected families across the world, as the passengers hailed from 35 countries.

This is the second time a brand new Boeing 737 MAX 8 has mysteriously crashed in less than six months, prompting questions about the safety of the U.S. plane maker’s latest model.

Here’s what we know about the ill-fated flight so far.

What do we know about the crash?

Ethiopian Airlines Flight 302 took off from Addis Ababa’s Bole International Airport at 8:38 a.m. local time on March 10 and lost contact with ground control six minutes later. The plane crashed around Bishoftu, which is about 40 miles southeast of Ethiopia’s capital.

The state-owned airline, which has a good safety record, confirmed that pilot Yared Getachew had “commendable performance” and extensive experience, having logged more than 8,000 flight hours. At just 28 years old, he was reportedly the youngest Ethiopian Airlines pilot to captain a Boeing 737.

The plane, which was only four months old, had flown in from Johannesburg earlier the same morning and had undergone safety checks, according to The Washington Post.

Why did it happen?

It remains unclear why the plane plummeted amid clear skies and may take years for the final cause of the wreckage to be determined. But the flight’s erratic path and sudden decent bear remarkable similarities to another wreckage of the same aircraft off Indonesia’s coast in October.

Data from Ethiopian Airlines showed an “erratic flight path, with the plane first ascending then descending, then ascending sharply before it fell from the sky,” says the Post. It is also reported that the aircraft’s speed was faster than normal takeoff speed.

“The pilot mentioned he had difficulty and he wanted to return, so he was given clearance to Addis,” the airlines’ CEO Tewolde GebreMariam told the Post.

The crew of the downed Lion Air Flight 610 had likewise requested permission to return to ground shortly before it crashed, killing all 189 people on board.

According to investigators, the nose dive in the Indonesia case may have been prompted by updated Boeing software intended to prevent stalls, but which can cause a plane to rapidly descend instead, reports the New York Times. According to the Times, pilots may not have been properly notified about the software issues, and it is not clear if updates to the problematic software had been made since the accident in Indonesia.

“Indications are these two accidents were not caused by human error, but were caused by mechanical error and transfer of information from cockpit to the pilot,” Bijan Vasigh, a professor at Embry-Riddle Aeronautical University, told TIME in an earlier interview.

Safety experts have cautioned against drawing too may comparisons between the two recent 737 crashes however, as neither have a definitive cause.

What do we know about the aircraft?

Boeing’s 737 MAX is the latest version of its popular, single aisle aircraft, which has become the world’s most common passenger jet, according to the Associated Press.

Ethiopian Airlines announced a delivery of the new 737 Max fleet in July. According to Boeing, the company has received 4,700 orders from more than 100 customers for the new aircraft.

Ethiopian Airlines has confirmed that it will ground the aircraft as a safety precaution. China also asked its domestic carriers to temporarily ground the model.

In a statement, Boeing said it was sending a technical team to help assess Sunday’s crash site.

According to the airline, there were 149 passengers and 8 crew members on board Flight 302.

The United Nations confirmed on Twitter that 19 staff were among those killed. Some of the U.N. employees worked for the World Food Program.

AP reports that a Georgetown University law student, a Nigerian-Canadian scholar and the wife and children of a Slovakian lawmaker were also among the victims. The Russian Embassy in Ethiopia confirmed the name of three victims on Twitter. 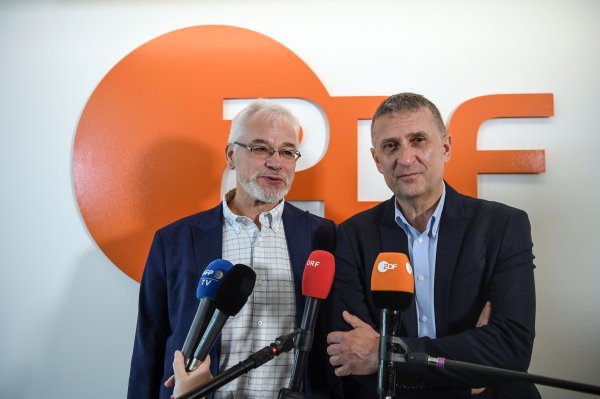