Turkey has expelled three German journalists this month, igniting fresh concern over deteriorating press freedom in a country with a history of silencing opposition voices.

Two of the journalists — Thomas Seibert, a reporter with newspaper Tagesspiegel, and Jörg Brase, bureau chief of ZDF public television — said Ankara declined to renew their press accreditation for unspecified reasons, Agence France-Presse reports. They were given 10 days to leave the country in a move Berlin condemned as “unacceptable.”

Speaking in Istanbul before their departure Sunday, Brase and Seibert accused the Turkish government of trying to “silence” international media. Both journalists pledged to continue reporting on the country.

While the country has jailed dozens of Turkish journalists for alleged links to the failed 2016 coup, this is the thought to be the first time accreditation of foreign journalists has been denied, according to BBC.

Over a hundred media organizations were shut down by President Recep Tayyip Erdogan’s government in the aftermath of the coup attempt, and in April 2018, 13 journalists working for an opposition newspaper called Cumhuriyet were sentenced to prison on terrorism charges.

Turkey remains the world’s worst jailer of journalists, with at least 68 people behind bars in connection with their work as of the end of 2018, according to the Committee to Protect Journalists.

Germany’s foreign minister Heiko Maas tweeted Saturday that journalists not being able to “freely pursue their work” is “unacceptable” and that Berlin will open talks with Turkey to discuss the expulsions.

“[There is] no free democracy without a critical press,” Maas told Tagesspiegel. “We will continue to work for journalists to work without restrictions — even in Turkey.”

A senior adviser to President Erdogan denied a government cracking down on journalists, according to BBC. 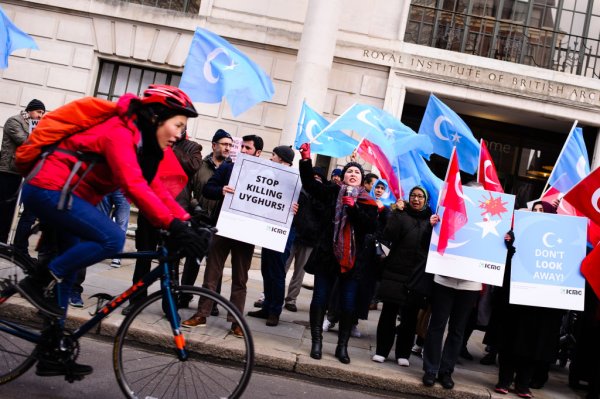