Tens of thousands of people joined a climate change protest in Amsterdam on Sunday, urging the Dutch government to take action on climate change.

The demonstration, the first of its kind in the Netherlands, drew around 40,000 people despite heavy rain, according to Agence France-Presse.

“The high turnout is the proof that people now want a decisive policy on climate from the government,” Greenpeace, one of the march organizers, said in a statement.

The waterlogged European country is expected to be especially vulnerable to the rising tides brought on by climate change. Much of the country already sits below sea level, and some of its land is sinking.

While the U.S. has been backpedalling out of global climate change agreements like the Paris accord, Dutch lawmakers have passed ambitious climate change laws, seeking a 95 percent reduction of the 1990 emissions levels by 2050. But according to some in the country, the action isn’t happening fast enough. In January, a Dutch environmental research agency said the government is lagging behind its goals.

“We are under sea level, so we really need to do something about it,” demonstrator Esther Leverstein, a 21-yer-old climate studies student at Amsterdam University, told AFP.

Students around the world have been leading protests to prompt their governments to address climate change. A worldwide school strike is planned for later this week. Greta Thungerg, a Swedish teenager widely known for her climate change activism, said on Twitter that at least 82 countries plan to participate in the upcoming protest. 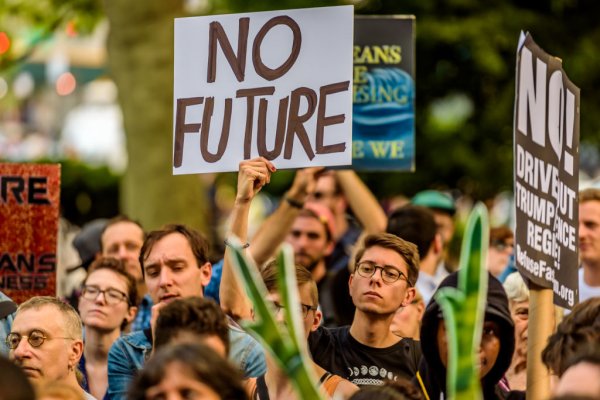 How Climate Change Will Impact 2020
Next Up: Editor's Pick