A stage 4 pancreatic cancer patient says he feels his rights have been violated after police search his hospital room for marijuana in a video that has since been viewed more than 500,000 times on Facebook.

In the clip, which was first streamed on Facebook Live on Thursday, a pair of police officers search bags that belong to Nolan Sousley, a patient with pancreatic cancer who was hospitalized in Missouri.

Sousley tells them that all he has are pills containing THC, which he says is to treat his cancer. The officers claim that they have been tipped off that there was a marijuana smell coming from Sousley’s room.

Though voters approved the legalization of medical marijuana in the state of Missouri last November, possession is still currently illegal as officials create rules for implementing the passed ballot measure. According to the Missouri Department of Health and Senior Services, those rules will go into effect “no later than June 4, 2019.”

In the clip and a later video, both of which were posted on Tribe of Warriors Against Cancer, a social media community group set up to follow Nolan Sousley’s cancer battle, Sousley says that he feels that his right to seek treatment for himself was violated.

Missouri, like states across the country, is experiencing a major shift in the legal standing of marijuana. In summer 2019, licensed physicians will be permitted to prescribe medical marijuana. However, at this point in time, it is still illegal to possess marijuana in the state, according to the Missouri Department of Health and Senior Services.

Sousley was hospitalized at Citizens Memorial Hospital in Bolivar, Mo., on Tuesday for experiencing night sweats and fevers, his partner Amber Kidwell says in the second video.

On Wednesday night, Sousley told the Bolivar Herald-Free Press, a security guard had initially come into the room and asked to search the bags, saying that he had smelled marijuana. Sousley refused.

Soon afterwards, the video shows several police officers inside a hospital room. One of the officers is searching through Sousley’s bags.

“I had some capsules that had some THC oil in them. I took them outside in the parking lot,” Sousley tells the cops.

“If we find marijuana we’ll give you a citation,” one of the officers says. “We’re not taking you down to the county jail. We haven’t found marijuana.”

Sousley reminds the officers that medical marijuana will be legal soon in Missouri, but the officer responds, “it’s still illegal.”

“But I don’t have time to wait for that,” Sousley says. “Man, what would you do? Tell me what you’d do.”

The officers ask to look through another bag, but Sousley refuses, saying that it’s his “last hour” bag. He says in the second video that he later allowed one of the officers to search the bag, once everyone else to clear the room.

Bolivar Police Chief Mark Webb confirmed to the Herald-Free Press that the officers had received consent before searching the room. The officers did not find anything illegal in the room, and had not issued any citations.

Webb added that there are no plans to investigate the incident.

Kidwell says in the second video that she feels that people have a right to seek the best treatment they can.

“Nobody knows what they would do until you’re put into that situation, but you would do anything to save your loved one’s life,” she said.

The hospital and the police department could not immediately be reached for comment. 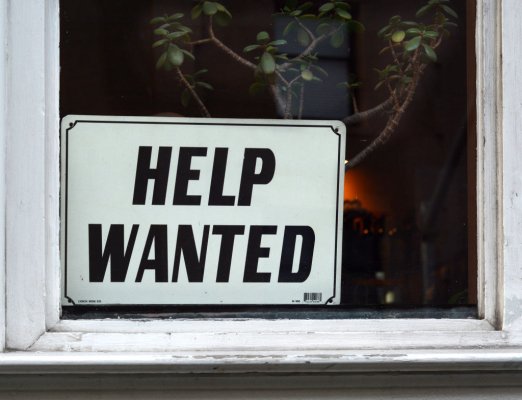 Here's What to Make of February's 'Abysmal' Jobs Reports, According to Wall Street Analysts
Next Up: Editor's Pick