Gayle King Held R. Kelly's Feet to the Fire. But CBS Shouldn't Have Interviewed His 'Girlfriends'

R. Kelly didn’t exactly vindicate himself in this week’s much-discussed interview with Gayle King. In a conversation excerpted on CBS This Morning in advance of Friday’s primetime special The Gayle King Interview With R. Kelly, the R&B superstar and alleged serial abuser yelled, cried, leapt to his feet, denied ever having sex with a woman younger than 17 and accused the parents of his current so-called girlfriends of extortion. As Kelly was detained in Chicago for failing to pay $161,000 in child support, late-night hosts and social media had a field day with the bizarre footage.

All that ridicule has largely overshadowed King’s additional sit-down with the two women who currently live with Kelly, 21-year-old Azriel Clary and 23-year-old Joycelyn Savage. During that interview, they offered a calmer, more poised defense of the singer that I nonetheless found more chilling than Kelly’s temper tantrum. In a clip that aired Thursday on This Morning, the women more or less invert the rigorously vetted accounts of Kelly’s dozens of accusers, framing their lives with him as an escape from evil parents. They explain that they’re both Kelly’s girlfriends, that they’re in love with the 52-year-old musician and that the three of them function as a “family.” When King asks whether that three-way bond extends into the bedroom, Clary refuses to respond: “I would never share with anyone what I do in or outside of the bedroom,” she snaps. “And as a woman, I’m sure you would not either.” Both women claim that their parents want to extract money from Kelly. Clary maintains that when she was 17, her mom and dad tried “to get me to take photos with him, take sexual videos with him” because “they said if they ever had to blackmail him—what they’re trying to do now—they can use it against him.”

In the video, Savage and Clary seem to have little in common with the meek, battered victims we usually see in fictional depictions of domestic abuse; they come off as confident, healthy and well spoken. Dressed conservatively, Clary in all black and Savage in a red pantsuit, they could work at a law firm. If you hadn’t seen woman after woman speak out about their harrowing experiences with Kelly in Lifetime’s Surviving R. Kelly or otherwise followed the charges leveled at him over the last two decades, from domestic violence to emotional abuse to statutory rape, you could come away from the interview open to the possibility that three adults were being persecuted simply for carrying on an unusual but ultimately consensual relationship.

To their credit, King and CBS have provided context for the story. Following the clip of Clary and Savage’s interview, King said that both women’s parents denied seeking or receiving money from Kelly. She recounted to her This Morning co-hosts how he stood just outside the room throughout her conversation with the women, coughing loudly in an ostensible effort to make his presence felt. CBS cited medical records disputing a claim Clary made, that pressure from her parents to launch a singing career drove her to attempt suicide. On Friday, This Morning aired a wrenching interview in which Savage’s parents tell King their very different side of the story. Though short on previously unseen footage from King’s dialogues, the primetime special did incorporate the voices of Kelly’s accusers, of Surviving R. Kelly executive producer dream hampton and of Jim DeRogatis, the Chicago journalist who has been investigating these allegations since 2000.

To do any less would have constituted journalistic malpractice. But that doesn’t mean that this week’s news cycle has done right by Kelly’s accusers. By airing the conversation King had with Clary and Savage while he was within earshot—and doing so without the insight of psychologists and other experts on abusive relationships that added such crucial context to Surviving R. Kelly—CBS gave weight to their defenses of a man whom many believe brainwashed them into submission. Watching the women plead his case, my mind turned to HBO’s Leaving Neverland and the post-show discussion King’s best friend Oprah moderated with the Michael Jackson accusers it profiled, James Safechuck and Wade Robson. These men, who say the pop icon started abusing them before they hit puberty, not only kept that trauma to themselves for decades but publicly defended Jackson as young adults.

Perhaps Kelly didn’t put words in Savage and Clary’s mouths; maybe they really do feel love for him. As Robson and Safechuck tell it, they grew up thinking of their relationships with a rich, powerful and widely revered musician as love stories, too. “Michael trained me and forced me to tell the lie for so many years, and particularly on the [witness] stand,” Robson told Oprah. “And those were really traumatizing experiences for me that had a huge impact on the rest of my life.” Safechuck admitted to feeling guilty about coming forward even after Jackson’s death. Just before going public with his accusations, he recalled feeling like he’d disappointed the late star.

It’s hard to imagine the highly subjective counter-narrative Kelly, Clary and Savage put forth this week destroying the momentum Surviving R. Kelly and the reams of investigative reporting that preceded it have built up—and I realize that Kelly is pretty much the worst possible advocate for himself at this point. But even as some of us continue to marvel at Kelly’s histrionics, I hope we’ll also come to understand that victims still in thrall to their abuser don’t tend to be reliable narrators. 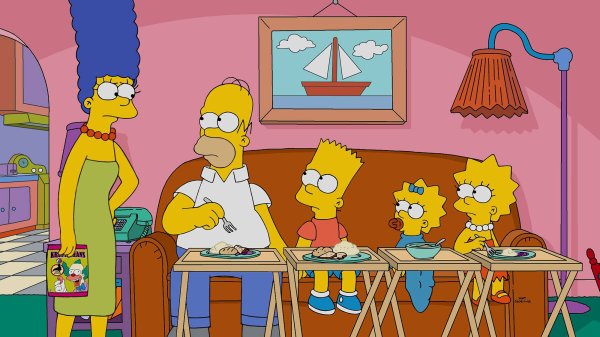