Call Sigrid Raabe a pop star, and she’ll kindly laugh at the suggestion. She’s about as far from the typical image of an onstage diva as a musician can get. On a cold winter afternoon in New York City, the 22-year-old Norwegian artist, known as Sigrid, is wrapped up in a cozy wool knit sweater, sipping tea and chatting vivaciously with a slight Nordic lilt in her voice. She seems more like your friendly little sister than a celebrity, and she’s more interested in following the career path of Joni Mitchell than that of Lady Gaga. But her laidback attitude belies the rise of a pop wunderkind who has graced stages at Coachella and Glastonbury, topped BBC’s rising talent poll in 2018 and earned half a billion streams globally. And on March 8, after much anticipation from her global fan base, she finally released her debut album, Sucker Punch.

Her casual use of the word “happened” makes her career sound like an overnight phenomenon. But Sigrid, who was brought up in the small town of Ålesund, began dabbling in music, dance and theater at an early age. There was always music playing at home, and her older brother and sister helped teach her to sing and play guitar. When she was 16, she wrote her first song, called “Sun,” and uploaded it online. The subject: getting rejected from boarding school. “I can thank that boarding school for not letting me in,” she says now with a laugh. The track got picked up by Norway’s state radio and found an audience. Soon, labels began seeking her out.

Sigrid relocated to Bergen to pursue music. One of her first breakout hits, “Don’t Kill My Vibe,” was the result of a studio session during a time when she was frustrated by the “patronizing” attitude of some older producers she’d met; Sigrid may be young, but she is fiercely opinionated. “I knew when I walked out of the studio after writing ‘Don’t Kill My Vibe’ that things were going to change,” she remembers. “I just thought it sounded fresh.” She was right: the song now has over 43 million streams on Spotify.

At the same time, she’s crafted an image that sets her apart from her glossier contemporaries like fellow Scandinavians Zara Larsson and Tove Styrke and Brit hitmakers Dua Lipa and Charli XCX. Sigrid goes for jeans, a T-shirt, comfortable sneakers, no makeup. “If I can be myself in the middle of everything, it makes it OK,” she says of her performing style. That sense of self shines through on Sucker Punch, a work of surprisingly intimate and direct pure pop, full of lyrical specificity. There are the shimmering dancefloor hits — the EDM-adjacent “Strangers,” the bombastic title track, the bubbly ambivalence of “Business Dinners.” And there are a few subtle, elegant ballads, like “Level Up” and “Dynamite,” that showcase the range and sing-song Norwegian intonation of Sigrid’s voice, which swings from affecting rasp to whisper-sweet high note.

For Sucker Punch, Sigrid worked with a team of collaborators with whom she felt deeply comfortable, including Chainsmokers and Dua Lipa writer Emily Warren and fellow Norwegian Martin Sjølie. She wrote one song, “Sight of You,” with Norwegian friend Askjell Solstrand on the deck of a boat. The best part of the process? “When you’re starting to sing something that you know is something really catchy, and you look each other in the eye and you’re like, ‘Yes. That’s a banger.’”

Sigrid name-checks Adele as a major early influence, particularly that artist’s hit “Rolling in the Deep.” “It didn’t fuss around, it got straight to the point,” she says. Sigrid says she didn’t actually understand what the lyrics meant until she was in high school — not that it mattered. “It’s all about how it feels,” she says of her relationship to music. That connection appears in Sigrid’s work now, from the resonance of the lyric “sucker punch” to the directness of the melodies.

Now that Sucker Punch is out, Sigrid is looking ahead: a bus tour with her all-Norwegian band (“I love the bus!” she insists), a slate filled with summer festival appearances, an opening slot for Maroon 5’s European tour. It’s a full plate, but Sigrid seems to be taking it in stride. “I’m very ambitious. There’s nothing I want more,” she says. But within reason: “The most important thing is, I want to grow old and sit by the piano I have in my house, hopefully with a cat, writing tunes.” 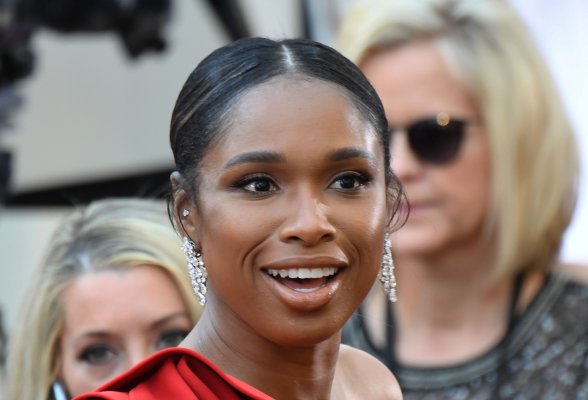 Jennifer Hudson Paid Tribute to Queen Aretha Franklin With the Most Beautiful Homage at Her Concert
Next Up: Editor's Pick