A Young Boy Spent 47 Days in an ICU and Racked Up $800,000 in Medical Costs Because He Wasn't Vaccinated Against Tetanus

A young boy in Oregon spent 47 days in an intensive care unit (ICU), resulting in more than $800,000 in medical costs, because he was not vaccinated against tetanus, according to a case study published by the Centers for Disease Control and Prevention (CDC).

Case study co-author Dr. Carl Eriksson, an associate professor of pediatric critical care at Oregon Health & Science University, who was involved in the boy’s treatment, wrote in an email to TIME that severe tetanus cases are very rare in the U.S., where vaccination effectively prevents such conditions. The boy’s illness was Oregon’s first pediatric tetanus case in more than 30 years, according to the case study.

“Because of the effectiveness of vaccines, many people have never seen a severe case of a vaccine-preventable illness,” Eriksson says. While Eriksson’s patient lived, “This case illustrates that tetanus is a terrible disease, and reminds us that missing vaccines can have deadly consequences.”

In 2017, the boy — who was then 6 years old and had not received any vaccinations — cut his forehead while playing outdoors on a farm, the case study says. Nearly a week later, he was experiencing symptoms consistent with tetanus, including jaw clenching, muscle spasms, “generalized spasticity” and arching of the back and neck. When the boy began to have trouble breathing, his parents called emergency medical support, who air-lifted him to a pediatric medical center where he was eventually diagnosed with tetanus.

From there, the boy’s symptoms worsened. He asked for water but couldn’t open his mouth wide enough to drink it, and his breathing troubles grew severe enough that he had to be sedated, intubated and attached to a mechanical ventilator, the case study says. He was admitted to the pediatric intensive care unit, and given treatments for tetanus, including a diphtheria and tetanus toxoids and acellular pertussis (DTaP) vaccine.

The boy’s condition was serious enough that he had to be treated in a darkened room with earplugs to minimize sensory stimulation, the report says. “We treated this patient in a darkened room and used earplugs to decrease visual and auditory stimulation, and tried to limit his pain and anxiety as much as possible, all in an effort to decrease his severe muscle spasms,” Eriksson says.

The young patient stayed on a mechanical ventilator for 44 days, and in intensive care for 47. (Eriksson says doctors were gradually able to add more stimulation to his environment as his condition improved.) After 10 days in the intermediate care unit, where he began walking short distances, he was transferred to a rehabilitation center for 17 days.

Eventually, the boy did recover fully, and regained the ability to run and bike, according to the case study. But “despite extensive review of the risks and benefits of tetanus vaccination by physicians, the family declined the second dose of DTaP and any other recommended immunizations,” the authors write.

Tetanus, which is caused by the bacterial toxin C. tetani, is rare in the U.S., since it is easily preventable with vaccination. (The CDC recommends three DTaP doses for babies, with booster shots given at 15 to 18 months and four to six years of age.) Between 2009 and 2015, according to CDC data, only 197 tetanus cases were recorded nationwide, resulting in 16 deaths.

The CDC’s case study comes in the midst of several measles outbreaks in the U.S., which have shone a spotlight on the dangers of vaccine skepticism. Measles was declared eradicated in the U.S. in 2000, but clusters of vaccine resistance — including in areas of the Pacific Northwest and New York City, where outbreaks have been severe — have contributed to the resurgence of the preventable illness. 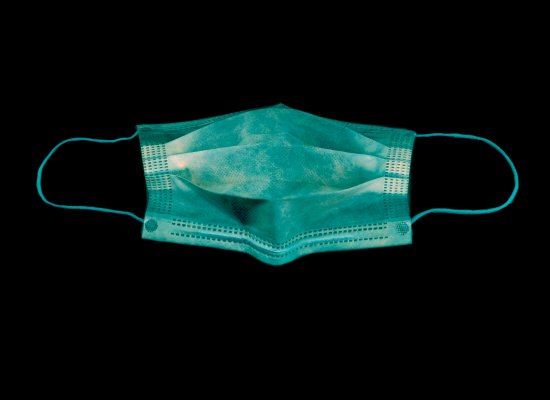