After the Queen shared her first post on Instagram on Thursday, some followers were curious to see who Her Royal Majesty follows on the social media site. As expected, from the Royal Opera House to the British Fashion Council to the Royal Parks, the accounts that Queen Elizabeth II keeps an eye on are all of a caliber that reflects her high quality of life.

The post itself was a photo of a letter sent to Prince Albert by 19th-century mathematician and computer pioneer Charles Babbage that is currently on display at London’s Science Museum.

“Today, as I visit the Science Museum I was interested to discover a letter from the Royal Archives, written in 1843 to my great-great-grandfather Prince Albert,” she captioned the shot. “Charles Babbage, credited as the world’s first computer pioneer, designed the ‘Difference Engine,’ of which Prince Albert had the opportunity to see a prototype in July 1843. In the letter, Babbage told Queen Victoria and Prince Albert about his invention the ‘Analytical Engine’ upon which the first computer programmes were created by Ada Lovelace, a daughter of Lord Byron. Today, I had the pleasure of learning about children’s computer coding initiatives and it seems fitting to me that I publish this Instagram post, at the Science Museum which has long championed technology, innovation and inspired the next generation of inventors.”

The royal family’s account also shared a video of the moment the Queen posted on Instagram for the first time. 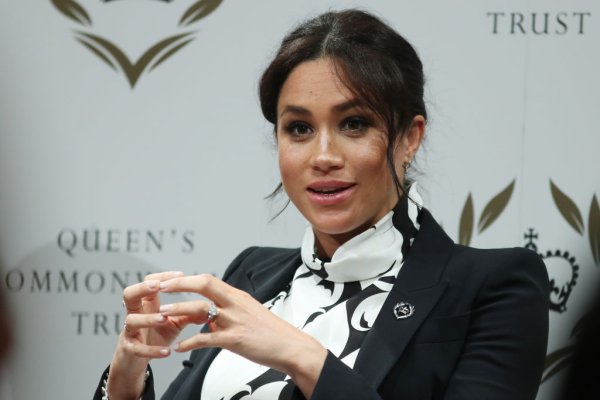 The Royal Family Has a Long History of Staying Politically Neutral. Here's Where Meghan Markle Fits in
Next Up: Editor's Pick