A Restriction on Payday Lenders Was Just Delayed. Democrats Want to Know Why

The Consumer Financial Protection Bureau was created in 2010 to help protect American consumers against bad corporate practices. But Democratic lawmakers believe the agency has taken a turn under President Donald Trump.

This week, House Democrats began looking into a recent decision by the agency to delay a rule on payday lending.

“This committee will not tolerate the Trump Administration’s anti-consumer actions,” Rep. Maxine Waters said at a hearing that looked into the issue, among others, on Thursday.

Payday lenders typically offer small loans to borrowers who are required to pay them back in a short amount of time. The loans can come with annual interest rates of 300% or more, according to the CFPB’s own data. More than 80% of payday loans are rolled over into another loan within two weeks, meaning the borrower is adding to their debt before they’ve paid off the initial loan.

The rule, first introduced under President Barack Obama and finalized in 2017, would have required payday lenders to take steps to make sure borrowers can afford the loans they’re taking out.

But in February, CFPB head Kathy Kraninger, a Trump appointee, proposed changes that would substantively undo the rule, which was supposed to go into effect in August. Instead, agency officials said they planned to rescind that requirement and delay the rest of the rule until 2020.

Waters also asked whether Kraninger had received orders from President Donald Trump or Mick Mulvaney, the first head of the CFPB under Trump. Kraninger said she has not taken instructions from either man and defended the bureau’s new direction, saying in her first testimony before Congress as director that the CFPB’s actions were within its purview.

The bureau said there was “insufficient evidence” the payday lending rule was needed to protect consumers. It also said the rule would reduce competition in the lending industry and reduce access to credit for consumers who use payday loans.

About 12 million people take out these loans each year. The lenders say their industry helps low-income people who might not have access to loans at traditional banks. But consumer advocates say these lenders target vulnerable communities and that payday loans can easily trap borrowers in cycles of debt.

Research has often backed up these concerns. Payday lenders concentrate in neighborhoods with higher minority populations, higher poverty rates and lower rates of education, according to a 2015 study in International Advances in Economic Research. A report from the Center for Responsible Lending that examined payday lenders in Florida also found that areas where minorities live were more than twice as likely to have payday lenders as white neighborhoods. And a 2016 study from the Federal Reserve found that while payday loans can help some families in extreme situations (such as natural disasters), overall “access to payday credit reduces well-being.”

At the House Financial Services hearing on Thursday, other witnesses spoke about the people who are often affected by payday loans and their concerns that the CFPB is no longer working to help those Americans.

“It is well documented that payday and car title loans create a deliberate debt trap that locks the borrowers into long-term debt because they cannot afford to repay the high-cost loan,” Linda Jun of the Americans for Financial Reform advocacy group said in her written testimony. “The 2019 proposal rests on the false premise that the 2017 rule was not supported by the evidence, when in fact the CFPB has simply chosen to listen to the payday lenders defending their own predatory business model rather than the extensive evidence gathered through its own rulemaking, supervision, and enforcement.”

Hilary Shelton from the NAACP had similar criticisms for the bureau.

“It was the job of the CFPB to educate and protect consumers from experiencing again the horrors that lead to the economic collapse of 2008. This was especially important to groups like ours and the people we serve and represent who were targeted by unscrupulous lenders,” she said in her testimony. “Today, unfortunately, the CFPB is but a shell of its former, vibrant, self. In just two years, Congress and the current Administration have neutered the CFPB and in doing so, they have dramatically decreased the few protections we were able to gain.”

Outside the hearing, a person dressed in a shark and told passersby that Kraninger was “a great friend to payday loan sharks,” according to a reporter from American Banker.

The reconsidering of this payday-lending rule is just the latest move by the CFPB to reverse course from agency actions started during the Obama Administration. When Mulvaney took over the bureau under President Donald Trump, it began to reconsider the rule and has dropped multiple lawsuits against payday lenders in the last year. 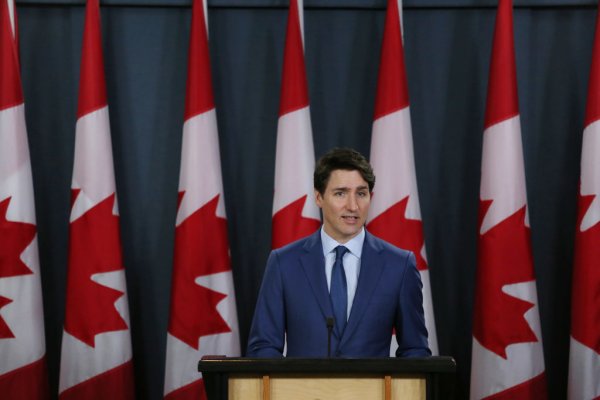