Here's What R. Kelly Says Happened to His Millions

In a newly released portion of R. Kelly’s explosive CBS This Morning interview, the disgraced R&B singer claimed that people have been “stealing” his money, leaving him unable to pay child support to his ex-wife.

The clip aired less than a day after Kelly told a judge he could not pay $161,000 in owed child support for his three children, sending him back to jail. When asked by CBS’ Gayle King about his financial situation, and reports that his income was estimated at hundreds of millions of dollars, Kelly quipped that it was “one rumor I wish was true.”

“Here’s the deal. So many people have been stealing my money. People was connected to my account,” Kelly, 52, told King, before adding that he went by himself to the bank to sort out issues only about a month ago. “I didn’t know what I was doing, didn’t know what the hell was going on. I was so tired of not knowing where my money was. A lot of it’s on me.”

When he went to the bank, he said he was told he had $300,000 left in his account. He said the money was being transferred to a new account when he was arrested — which is why he couldn’t post bail after being indicted on 10 counts of sexual abuse in February.

At that time, a woman was seen posting his $100,000 in bail, prompting speculation that Kelly could not afford to pay it himself. The woman reportedly met Kelly on a cruise five months prior.

During the CBS interview, Kelly also grew emotional and blamed his ex-wife, Andrea Kelly, for some of his money troubles.

In Surviving R. Kelly, a documentary about Kelly’s alleged abuse that aired on Lifetime in January, Andrea Kelly reiterated past accusations that R. Kelly had physically abused her during their 13-year marriage. R. Kelly has denied all accusations of abuse.

When King mentioned the idea that Kelly’s financial struggles stem from having to pay multiple legal settlements, Kelly called it a “lie.”

In excerpts of the CBS interview first released Wednesday, Kelly also became aggressive while denying allegations of sexual misconduct, saying he has been “assassinated” and “buried alive.” Kelly said he has never had sex with anyone younger than 17, and has never kept anyone in his home against their will, as he has been accused of doing.

The allegations against Kelly, some of which go back years, resurfaced and gained widespread public attention after a documentary about his alleged abuse, Surviving R. Kelly, aired on Lifetime in January. 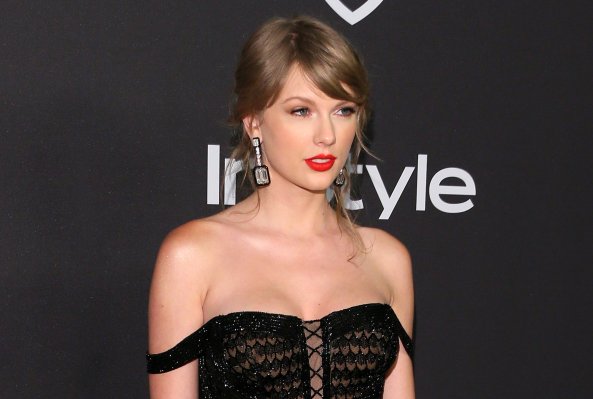 Here's the Reason Why Taylor Swift Says She Turned Off Her Instagram Comments
Next Up: Editor's Pick