John Lanchester’s last novel, Capital, published in 2012, was a Dickensian tour of London in the era of global capital–but before crises of xenophobia and worsening climate change came crashing down. The British journalist and novelist’s latest, The Wall, picks up somewhere in the not-too-distant future, when those crises have peaked: the seas have risen, the world has flooded, and human society has been torn apart. Only one place on earth (much like England, but not necessarily England) remains recognizable, with rolling green hills and pubs.

The story is centered on an everyman named Joseph Kavanagh, who, like all citizens under a certain age, is conscripted to serve as an armed “Defender” on the Wall, a 10,000-km concrete barrier that keeps out the “Others” (cue the raised eyebrows of readers stateside). These “Others” are wandering peoples who live on the seas–imagine a scene from that Kevin Costner misfire, Waterworld. The older generation sits around watching TV shows about beaches, dreaming of earth as it was before they ruined it. Fuel is limited so only the “Elites,” a closed-off cadre who run the country, can fly to meet with other Elites. There is also a class of Breeders whose job is to, well, breed because everyone else is too depressed to get frisky.

In the world Lanchester creates, most everything is distressing, yet there are reassuring moments of normality–a few people still flirt and fall in love, politicians still repeat the same speeches, and everyone has an iPhone-like device. As in all good dystopian fiction, Lanchester shows us a world that could become a reality; if we keep doing what we’re doing, we’ll get there, eventually. But the great trick of the novel is that he avoids hysterics. As the story builds and Kavanagh is forced to confront betrayal and worse, Lanchester maintains measured, elegant prose–creating an assuredly human dystopian novel.

He is too smart a writer (see his excellent essays in the London Review of Books and the New Yorker) to imagine that his book will be received as a mandate. But there is something hopeful about it: If we read and share stories about what might happen, perhaps we can change what will. Maybe, Lanchester suggests, it’s not too late. 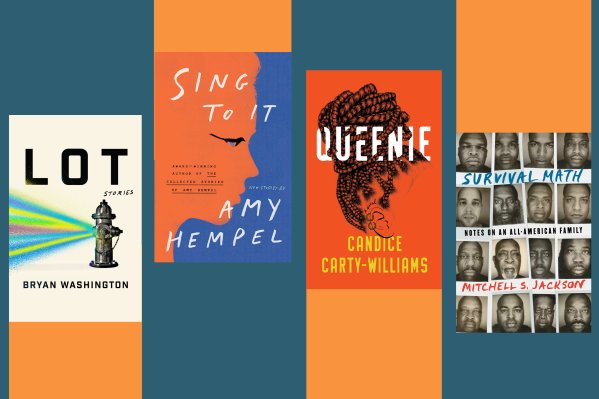 11 New Books to Read This March
Next Up: Editor's Pick