The strange, oversexed, exhilarating new Starz series Now Apocalypse opens with a bleak observation: “In these f-cking dark and scary times, it’s easy to adopt a ‘What difference does it make?’ attitude,” says protagonist Uly (Avan Jogia). “So I often find myself in these situations where my heart’s pounding so fast I can barely breathe, and I can’t tell if it’s excitement or terror or both.” There’s something au courant about the mix of nihilism and nerves he describes. But it’s also an apt summation of what it’s like to be young, artistic and broke in a city that eats people like you for brunch.

In fact, the show’s creator, cult filmmaker Gregg Araki, has been mining this headspace for most of his three-decade career. Once associated with New Queer Cinema–the loose ’90s movement that launched Todd Haynes and Gus Van Sant–he’s known for making campy, candy-hued pop art with undertones of paranoia. Araki broke through at Sundance with the HIV-positive fugitives of 1992’s The Living End. Like a countercultural 90210, many of his subsequent films spin sex, drugs and teen angst into surreal black comedy populated by pretty pansexuals whose decadence befits the end times. With this show, he graduates to Melrose Place.

Uly (short for Ulysses, naturally) is the shaggy hero of this alterna-soap, an aimless postcollegiate stoner in L.A. who’s taken up vlogging because, he says, “movies are even more irrelevant now than books.” As he hunts for purpose and connection but finds only sex, mostly with men, his tragically straight roommate Ford (Beau Mirchoff)–a studly, puppyish aspiring screenwriter with a rich dad–romances an affectless rocket scientist (Roxane Mesquida). Uly’s best friend Carly (Kelli Berglund) pays for acting classes with sessions as a cam girl. The pals’ mealtime chats are as rich in X-rated real talk as Carrie Bradshaw’s confabs–a debt freely acknowledged by Araki, who has described the show as “queer Sex and the City meets Twin Peaks. With an alien.”

Though Now Apocalypse is sillier and less philosophically ambitious than Twin Peaks, its similar commingling of the soapy, the psychological and the supernatural justifies the citation. Araki doesn’t rip off David Lynch’s rural noir, like recent TV tributes such as Riverdale, which he’s directed; he’s a stylist in his own right, and the show’s look draws on his own neon-lit, self-consciously trashy tropes. The extraterrestrial in question is a sort of human-size Godzilla that Uly keeps seeing in sexually violent visions that could be nightmares, premonitions, real life or a side effect of too much weed. As the encounters grow more vivid, Uly discovers a lizard-people conspiracy theorist (played by punk icon Henry Rollins) on YouTube and starts to fear a cataclysm. These scenes resemble 1950s B movies as remixed by Freud–sci-fi vignettes that complement the millennial characters’ hyperreal world of Tinder, vape pens and sexual fluidity. (That these details feel more like self-parody than intergenerational shaming may be a credit to Araki’s younger writing partner Karley Sciortino, a sex writer who hosts Viceland’s show Slutever.)

Critics tend to take it as a sign of arrested development that Araki keeps coming back to the quarter-life crises of fringey hedonists. But his neon Armageddon allegories have evolved over the years, adapting as apocalyptic anxiety coalesced around first the AIDS crisis, then Y2K, and most recently the dual existential threats of climate change and Trump-era geopolitical chaos. With its casual queerness, its tinfoil-hat doomsayers and its vague but pervasive mood of foreboding, Now Apocalypse fun-house-mirrors a world that has finally caught up to Araki. If ever there was a time for free-loving youths to party through their panic, then surely that moment is now. 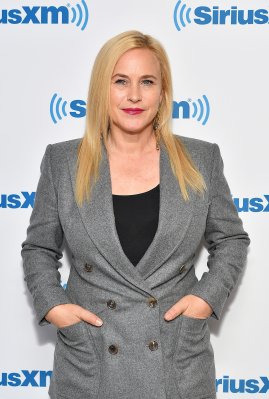 Patricia Arquette on Why She’s Getting the Best Roles of Her Career Right Now
Next Up: Editor's Pick