As the Harvard Admissions Case Nears a Decision, Hear From 2 Asian-American Students on Opposite Sides

Michael Wang has closely followed the trial over admissions at Harvard University, hoping it will change the college application process for future generations of Asian-American students. Wang, the son of Chinese immigrants, had an SAT score of 2230 (out of a possible 2400) and a 4.67 weighted GPA when he was waitlisted, and then rejected, by Harvard and other Ivy League schools in 2013. He believes that was because of his race.

Thang Diep has followed the trial from Harvard’s campus — and at times, from the Boston courtroom, where he testified on behalf of Harvard — thinking about what it means for a student like him to attend one of the country’s most prestigious schools. Diep is a Vietnamese immigrant who faced discrimination growing up in Los Angeles and whose parents did not attend college.

One of them will be disappointed by the ruling that U.S. District Judge Allison Burroughs is expected to deliver in coming weeks over the lawsuit, which hinges on whether Harvard discriminates against Asian-American applicants in its admissions process. Harvard, like most private and public universities, considers race as a factor when deciding who to admit — an effort to expand opportunities for minority students who have long been under-represented in higher education. Colleges also say the practice improves the educational experience of all students by establishing a more diverse student body.

Burroughs’ ruling won’t be the final word in the contentious debate over affirmative action, but it stands to impact the demographic makeup of the student body at Harvard and other universities, fueling debates over who should attend the country’s top schools.

“A lot of people have an ideal image of who deserves to get into Harvard, but that image revolves around a lot of privileges — whether you’re able to afford taking SAT classes, prep classes, whether your parents went to college or not in the U.S., so that you know how to navigate the system,” Diep, a Harvard senior, tells TIME. “There are legacy admissions at Harvard that limit admission of minority students, there [is] athlete recruitment. I think there are so many other factors that play into why there are not more [people of color] or minority students at Harvard.”

How both sides made their argument

Students for Fair Admissions (SFFA), a group led by conservative anti-affirmative action activist Edward Blum, has alleged that Harvard discriminates against Asian-American students by holding them to a higher standard than other racial groups. SFFA lawyers have focused on a statistical analysis showing that Asian-American applicants on average were given a lower “personal rating” by Harvard’s admissions office than applicants of other races. Harvard has said that analysis is flawed and has denied it discriminates, arguing that race-conscious admissions policies are necessary to maintain a diverse student body.

Diep says if Harvard is discriminating against Asian-Americans, he wants that to change, but he is skeptical of arguments that see ending affirmative action as the solution.

He released part of his application before the trial began in October to show how he was reviewed in the admissions process, arguing that he benefited from affirmative action. His SAT score of 2060 out of 2400 was described in an alumni interview report as “on the lower end of the Harvard average,” but the interviewer also highlighted his “perfect grades” and gave him a high rating for personal qualities. The interviewer noted that his openness to new ideas was “truly unusual” and said he would be an “outstanding” roommate.

“I think my application provided a different perspective on what is considered a Harvard student,” says Diep.

He was one of several students who petitioned to testify as “friends of the court” during the trial, sharing their experience in defense of Harvard’s race-conscious admissions policy. Harvard, which did not officially call them as witnesses, also petitioned the court to allow them to testify, which Students for Fair Admissions had opposed. The plaintiffs in the suit have remained anonymous — something Burroughs questioned during closing arguments last month.

Wang, who is not part of the lawsuit but has been one of its most vocal public advocates, sees that as evidence that affirmative action is not working. “I believe affirmative action in principal is absolutely okay and needed. But in practice, it is flawed and definitely needs some kind of changes to fit the modern-day age,” says Wang, who graduated from Williams College, a prestigious liberal arts college in Massachusetts, in 2017 and is now applying to law school.

His 2013 complaint filed with the Department of Education against Princeton, Yale and Stanford for rejecting him helped bring national attention to the issues that are now central to the Harvard trial.

While Blum has made clear he wants to ban affirmative action, Wang says he does not want to see it “completely abolished.” He thinks affirmative action should be applied so “minorities are the ones who end up winning.”

“If the loser tends to be another minority, then there’s something wrong with that,” he says. “I believe Asian-Americans are losing, and Asian-Americans, at the end of the day, still are a minority.”

Harvard has defended the importance of an admissions process that considers more than test scores and grades and has emphasized that the rate of admission for Asian-American students has grown 29% in the last 10 years.

“For a lot of Asian-American families, when they immigrated over, they really had nothing to their name. They really had nothing to build off of but hard work. And all of our parents want their children to do better and to succeed well in life,” Wang says. “On all these people’s minds, it’s like, this is the school you go to if you want to succeed.”

But advocates for affirmative action warn that the Harvard lawsuit and a similar suit filed by SFFA against the University of North Carolina at Chapel Hill will end up further limiting who has access to that level of success in higher education.

How the ruling could affect minority students

Experts say that problem is likely to be exacerbated if a ban on affirmative action is imposed, predicting that the number of black and Hispanic students at Harvard — who currently make up about 15% and 12% of the freshman class, respectively — would drop significantly.

That would mean fewer minority students at schools that “provide the pathways for leadership in our society,” says Liliana Garces, an associate professor of education at the University of Texas at Austin who studies diversity in higher education.

In a 2012 study, Garces found that affirmative action bans in Texas, California, Washington and Florida “reduced by about 12 percent the average proportion of graduate students of color” in every field she evaluated, including engineering, natural sciences, education and the humanities.

In the eight states that have already banned the use of race-based affirmative action at public universities, some institutions have found alternatives to make sure they’re still admitting a diverse student body — including guaranteeing admission to the top graduates from every high school in the state, considering an applicant’s socioeconomic background, and adding new financial aid programs.

But it hasn’t come without setbacks. Enrollment of under-represented minorities, which includes black and Hispanic students but not Asian-Americans, at the University of Michigan fell from about 13% in 2006 to less than 11% in 2014, after voters in the state banned the consideration of race in admissions. School administrations have since boosted enrollment of under-represented minorities to nearly 15% of freshmen in fall 2018, though they still described the challenge as a “cautionary tale.”

A 2015 study by Garces found that the ban on affirmative action at the University of Michigan affected aspects of campus climate that are “critical” to the success of students of color who remained at the school. She found that it silenced conversations about race and racism, made it more difficult for community members to vocalize support for racial diversity initiatives, and made administrators feel “disempowered” to resolve issues related to race.

That’s something Harvard students and alumni are already pushing to change on their own campus. Months after testifying about their experience in defense of Harvard’s admissions practices, Diep and two other Asian-American students published a column in the Harvard Crimson, calling on the university to provide more support for minority students by creating an ethnic studies department, recruiting and retaining more diverse faculty members, and launching initiatives “to equip students with the language and skills needed to grapple with the critical issues of race and ethnicity of our time, including affirmative action.”

“It is hard to continually fight for and defend our existence at an institution that wasn’t built for us,” the students — Diep, Sally Chen, and Catherine Ho — wrote in the column. “Students and alumni have been making the same demands for years. We are tired of having to fight to belong on this campus.”

Whether or not the ruling comes down in favor of Harvard, that’s something they plan to continue fighting for.

“If Harvard is really committed to diversity, I think it has to go beyond just diversity in admissions and it has to talk about the issues that students of color are facing on campus,” Diep says. “Just getting to Harvard shouldn’t be the end goal.” 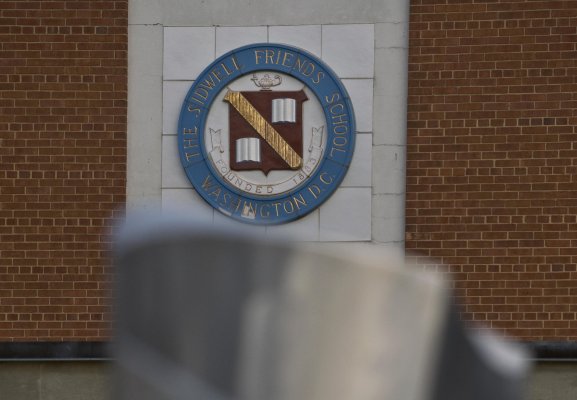