Trump Administration Will Ask Military to Shelter Up to 5,000 Migrant Children

Federal officials intend to ask the Pentagon for help sheltering up to 5,000 migrant children crossing the U.S. southern border without a parent, marking an expansion of the Defense Department’s role in the Trump Administration’s hardline policy toward undocumented immigrants.

The request is expected to come not long after U.S. Customs and Border Protection (CBP) released new data showing that unauthorized crossings, especially of family units, along the Mexico border had surged to record levels in recent months. Last month, roughly 6,500 unaccompanied minors crossed the U.S.-Mexico border — a nearly 120% increase over February 2018.

“Our capacity is already severely strained, but these increases will overwhelm the system entirely,” Homeland Security Secretary Kirstjen Nielsen told a House committee on Wednesday. “This is not a manufactured crisis. This is truly an emergency.” The agency expects even more unaccompanied minors to arrive in coming months, reflecting historical patterns in which migration increases during the summer.

The U.S. Department of Health and Human Services (HHS), the federal agency responsible for migrant children until they can be given to an adult relative, currently holds about 11,500 migrant toddlers, children and teens at U.S. government detention and processing centers across the country. A child’s average length of stay under the agency’s custody was 89 days during the first four months fiscal 2019, compared to 60 days in fiscal year 2018.

HHS spokeswoman Evelyn Stauffer said that “existing shelter capacity is nearly full.” The agency plans to request help from the Pentagon because of “the overwhelming number” of new unaccompanied children crossing the border. She pointed out that HHS has requested similar aid from the Pentagon in the past. In 2014, the Obama Administration placed roughly 7,700 migrant children on bases in Texas, California and Oklahoma. In that case, the shelters were shuttered after four months.

“HHS is once again requesting the assistance of the Department of Defense to help respond to the migration influx of unaccompanied alien children along our southern border by identifying and making available space for up to 5,000… temporary influx beds in one or more DoD installations in the continental United States,” Stauffer said in a statement.

If the Pentagon agrees to provide shelter for the children, it’s unclear where exactly the short-term detention camps will be. Last summer, HHS completed assessments of facilities at military bases in Texas and Arkansas.

Last June, the Defense Department also identified Fort Bliss and Goodfellow Air Force Base in Texas as potential locations for the growing number of migrants swept into the federal system due to the Administration’s “zero tolerance” policy of referring all border-crossers for prosecution. Neither base ended up being used to house the migrants and it’s not clear whether they would be considered eligible again this year.

“This is a situational decision based on needs for temporary shelters and appropriate, available facilities,” Stauffer said. “HHS will work with DoD to assess military facilities to determine if particular locations are suitable.”

CPB figures released this week show that in February, authorities detained 76,103 migrants illegally crossing the U.S.-Mexico border. The number marks a 31% increase over the previous month, and the largest number of migrants detained in February since 2007. The vast majority of new migrants are fleeing poverty and violence in Guatemala, Honduras, and El Salvador, and many are traveling as families. Between October 2018 and February 2019, Border Patrol agents apprehended “family units” at a rate 338% higher than in the same period a year earlier.

HHS maintains a network of more than 100 shelters in 17 states. In fiscal year 2018, the agency held 49,100 unaccompanied children, according to the agency’s latest data. The U.S. government is prohibited by law from sending children back to their families in their countries of origin unless they’re from other than Canada or Mexico, Nielsen said. The unaccompanied migrant children arriving recently are primarily from Central America.

If the Pentagon agrees to house the unaccompanied children, they will be overseen by HHS personnel, not American troops.

The military has been deeply involved in implementing Trump’s immigration policy in the past year. Since last fall, American forces have strung coils of razor wire atop southern border fences and points of entry with Mexico. The Pentagon now has about 6,000 troops, including 2,100 members of the National Guard, deployed on the current mission along the southwest border.

To build his wall, Trump plans to add to the $1.375 billion Congress passed to build 55 miles of fencing in Texas’s Rio Grande Valley by diverting $2.5 billion set aside for Defense Department drug interdiction programs, and another $3.6 billion in military construction funds that have not yet been allocated to a specific contract. The military generally uses that money to fund construction projects, including family housing, building maintenance and infrastructure repair, both at home and abroad.

The dramatic influx in recent months of children migrating to the U.S. without a parent is separate from the Trump Administration’s policy of taking children from their parents at the border, in order to prosecute the adults. Last year, during the height of the Administration’s so-called zero-tolerance policy, federal agents separated at least 2,300 children from the adults with whom they crossed the border. The policy provoked outrage from both Republicans and Democrats, prompting President Donald Trump to rescind the policy. In June 2018, he signed an Executive Order ordering the families to be reunited. 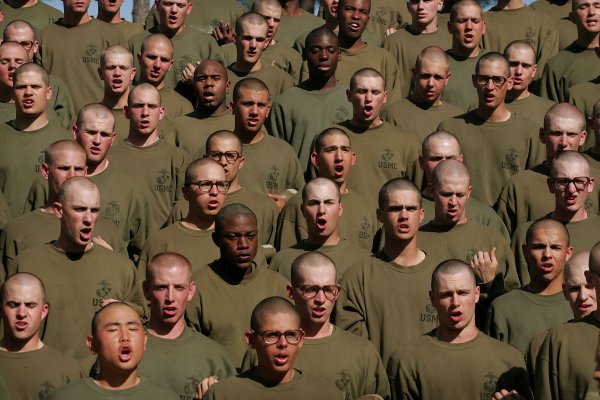