Doctors say a British man who previously tested positive for HIV might be the second person ever to be cured of the virus that causes AIDS.

Reuters reports that the man, whose identity has not been revealed, has tested negative for the virus almost three years after he received a bone marrow transplant from a donor with an HIV-resistant genetic mutation. The man stopped taking antiretroviral drugs 18 months ago.

“There is no virus there that we can measure. We can’t detect anything,” Ravindra Gupta, the doctor who co-lead the man’s treatment team, told Reuters.

The man, who has been dubbed the “London patient,” is the second person to receive the treatment. Timothy Ray Brown, an American man then living in Germany and widely known as the “Berlin patient,” underwent a similar procedure in 2007 and is reportedly still HIV-free.

Gupta said the London patient was “functionally cured” and is in remission, but said it was too early to officially say he is cured.

After being diagnosed with Hodgkin’s Lymphoma, a rare blood cancer, the London patient received a bone marrow transplant in 2016. His donor had a genetic mutation called CCR5 delta 2, which is resistant to HIV infection. The man suffered from post-procedure complications whereby the donor’s immune cells attacked his own. Given that Brown had the same side effects from his surgery, doctors are still trying to determine the exact cause of the disease’s elimination.

According to Reuters, experts say that it may not be possible to widely adopt the procedure given its complexity and the difficulty of finding donor matches who have the HIV-resistant genetic mutation.

Advancements in antiretroviral drugs have greatly increased the life expectancy of people diagnosed with HIV in recent years. 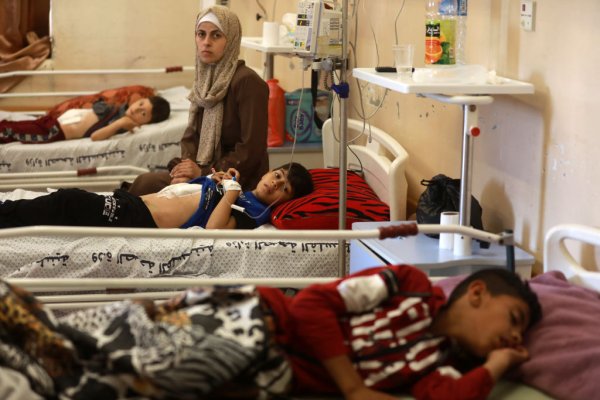 Conflict in the Gaza Strip Could Lead to a New COVID-19 Surge
Next Up: Editor's Pick