A second minister from Justin Trudeau’s administration has resigned in the wake of an unfolding corruption scandal, dealing additional damage to the Canadian prime minister’s already slipping popularity.

Treasury Board President Jane Philpott announced her resignation on Monday, writing in a statement that she has been “considering the events that have shaken the federal government in recent weeks” and has made the decision to quit “after serious reflection.”

Trudeau’s government has been swept up in controversy since his former attorney general, Jody Wilson-Raybould, accused the administration of trying to stop a criminal case against Quebec-based firm SNC-Lavalin, one of the world’s largest engineering and construction companies.

The firm is facing corruption charges for allegedly paying C$48m (US$36m) worth of bribes in Libya in order to secure lucrative contracts, according to the BBC.

Trudeau and top aides have been accused of pursuing a months-long campaign to silence the trial. Trudeau has maintained that his government acted in the interest of preventing job losses that could result from a guilty verdict for SNC-Lavalin.

The firm employs close to 9,000 employees across Canada, according to SNC-Lavlin’s website.

In her statement, Philpott said efforts to “pressure the former Attorney General to intervene” in the case raised “serious concerns” for her.

Philpott previously served as Canada’s Minister of Health, Minister of Indigenous Services, President of the Treasury Board and Minister of Digital Government.

“It grieves me to leave a portfolio where I was at work to deliver on an important mandate,” Philpott wrote. “But I must abide by my core values, my ethical responsibilities and constitutional obligations.”

According to a February poll conducted by Canadian analytics company Leger, 36% of respondents indicated they were “very satisfied” or “somewhat satisfied” with the government led by Trudeau, down from 45% in November 2018.

Canada will head to general elections in October. 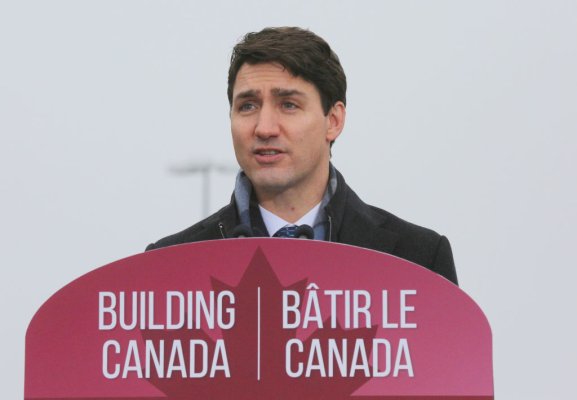 Justin Trudeau Is Suddenly Looking Vulnerable in Canadian Elections After Bombshell Accusation
Next Up: Editor's Pick