California Sen. Dianne Feinstein found herself making headlines after she was videotaped talking to a group of visiting school children about the Green New Deal and climate change.

The Democratic senator met with a group of young constituents from the Bay Area, who urged her to vote “yes” on the Green New Deal. After a few go-rounds, Feinstein seemingly became frustrated. “You know what’s interesting about this group? I’ve been doing this for 30 years. I know what I’m doing,” Feinstein says. “You come in here and you say it has to be my way or the highway. I don’t respond to that. I’ve gotten elected. I just ran. I was elected by almost a million vote plurality. I know what I’m doing. So maybe people should listen a little bit.”

The confrontation between Feinstein and the members of the group was captured in a video and released by the environmental activist group, Sunrise Movement, who tweeted that the California senator treated the young people with “smugness” and “disrespect.” But the kids may have gotten off easy, if the Saturday Night Live sketch was any indication of Feinstein’s potential to roast children.

The sketch, which was cut for time from this weekend’s show, features Cecily Strong as the California lawmaker. She wastes no time in laying into the kids, parents, and teachers who want her to protect the environment through legislation.

“Oh, I see what’s happening,” Strong’s Feinstein says in the clip. “You’re gonna tell me how to do my job. Okay, well. I don’t come into your first-grade classroom and knock the Elmer’s Glue out of your mouth, do I? So why don’t you stay in your lane and step the f–k off?”

One kid looks stunned at the rebuke, and points out the obvious: “You’re mean.”

“Well, your dad wishes you were bullied more,” Strong as Feinstein replied. “Toughen you up a little bit.” 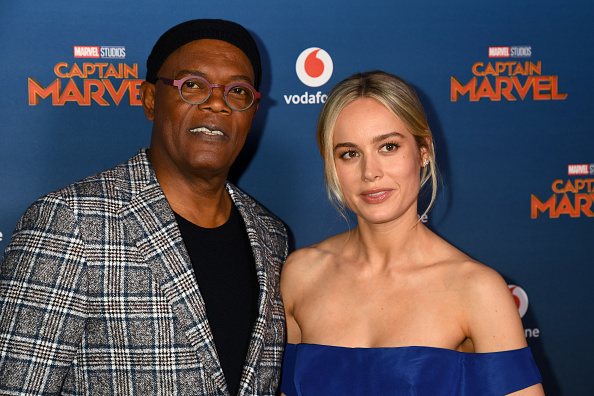 Samuel L. Jackson and Brie Larson Sang 'Shallow' and It's Clear They Make a Dynamic Duo
Next Up: Editor's Pick