She was young, bright, attractive, rich and in agony. She tossed in her elegant bed, gasping for air, her fever spiking, her skin spattered with a shotgun pattern of deep, suppurating pustules. She was in an itching, inflamed delirium. Her physicians told her husband to prepare for the worst.

Lady Mary Montagu was suffering through smallpox, a.k.a. “the speckled monster,” a disease that in her day — the early 18th century — was the deadliest on earth, eventually wiping out more people than the Black Plague.

But today, somehow, it’s gone. There hasn’t been a case of smallpox reported in more than 40 years. And the reason can be traced back to the extraordinary Mary Montagu.

Born in 1689 to a wealthy and literally entitled family (her father was a Duke) Mary was pretty, witty and indulged. Given free run of her family’s huge private library, she taught herself Latin, corresponded with bishops, charmed her family’s social circle,and determined early in life to become that rarity of rarities: a female writer. And she was independent, too. She rejected her father’s choice of a husband, eloping instead with a rising politician. She threw herself into London society and began writing poems so bitingly satirical that they sometimes had to be distributed anonymously.

That was when the “small-pox” (as distinct from the great pox, or syphilis) epidemics hit her family. It killed her favorite brother, then two years later attacked her.

The disease was wildly infectious and killed one in four of the people who came down with it. The survivors were most often marked for life with deep, pitted scars. Mary threw off her infection and emerged alive. But her once-flawless skin was scarred, her eyelashes were gone and the skin around her eyes would remain red and irritated for the rest of her life.

Only her spirit was intact. A year later, when her husband was called to Constantinople (today’s Istanbul) as British Ambassador, she broke with convention by insisting on coming with him and bringing their young son. She turned the long journey into a series of sharp-eyed, evocative letters home, which were later gathered into a volume that became an early classic of travel writing.

Once settled in Turkey, she threw herself into writing about this new world. Among many surprises she noted the beautiful skin of the locals. There was almost no scarring from the pox.

When she discovered the surprising reason why, she couldn’t wait to put it into a 1717 letter:

She had observed what today we would call an inoculation.

Her discovery might have remained nothing more than a footnote except for two things: Mary’s 3-year-old son was with her, and her husband had just heard that they were being recalled to England. Her son would be threatened by smallpox. So she made a sudden, secret decision. She arranged a visit by an old woman with a needle and a nut-shell.

Thankfully, it all went well. Her son, the first Englishman to undergo smallpox inoculation, would never get the disease. She determined to bring the technique home with her.

But once back in London, her enthusiasm was met with disdain by the English medical community. The reasons ranged from religious (what could Mohammedans teach Christians?) to medical (an untrained aristocrat lecturing physicians?) to economic (physicians of the day made a lot of money from useless smallpox treatments) to sexist (a female changing the thinking of men?).

The opposition seemed only to energize Lady Mary. When yet another smallpox epidemic threatened London in 1721, she had her second child, a daughter, inoculated. This time she invited an audience that included the King’s own physician. Her daughter breezed through recovery, with every step observed by a stream of visitors. The girl would thrive, later marrying a British Prime Minister. Faced with this public proof of the method’s benefits, Mary’s friends began asking to have their own children inoculated.

Even Caroline, Princess of Wales, lobbied her father-in-law George I for permission to inoculate her children, the Royal heirs. He told her no, insisting that no grandchildren of his would be endangered until more was known about this strange Eastern medicine. He insisted on tests. The first were on prisoners: Three male and three female inmates of Newgate underwent inoculation before an audience of a couple of dozen scientists and physicians. When they all did well, a second test was run on eleven London orphans. These were Europe’s first “clinical trials,” as we would call them today, tests of a new drug or medical procedure on groups of humans to see if it is safe and effective.

Two of the King’s granddaughters were eventually inoculated (he would still not risk his male line), and with all the publicity the practice began spreading. Lady Mary had won. Her work opened the door, and others followed with improvements. Decades later, for instance, Edward Jenner showed that cowpox could be substituted for the more dangerous smallpox. (The Latin word for cow, vacca, gives us the term vaccination.) Jenner achieved all the fame; Lady Mary’s efforts, which laid the groundwork the eventual eradication of the disease in the 1970s, fell into obscurity.

Mary Montagu lived into her early 70s, writing her way to minor fame, traveling widely, hobnobbing with the great minds of her day, fighting off admirers and falling in love with a brilliant Venetian count (for whom she later left her husband).

She should also have been lauded as a pioneer of medicine. But her great achievement remained little-known until recently. As the scientist Francis Galton later put it, “In science the credit goes to the man who convinces the world, not to the man to whom the idea first occurs.”

Nor, he might well have added, “to the Lady.”

Adapted from Ten Drugs: How Plants, Powders, and Pills Have Shaped the History of Medicine by Thomas Hager. On sale from Abrams, March 5, 2019. 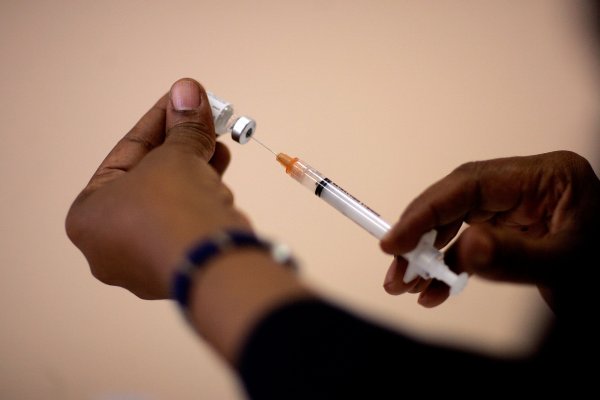 Yes, Vaccines Really Are Safe and Effective. Here's Why
Next Up: Editor's Pick