Ancient Rome was a macho society, often misogynistic, where women did not enjoy equal citizen rights. That said, if we look hard at the history, we discover some women who made their mark, either working within their prescribed gender roles as wives, lovers, mothers, sisters or daughters, or exercising so much political, religious or, even in a few cases, military power that they smashed those roles altogether and struck out on their own. These women navigated this challenging terrain and left a major mark on the course of events. We don’t always learn about them in history class, but their stories are inspiring and merit telling (and re-telling). Without acknowledging these, the story of Rome becomes a purely masculine one, which does not capture the whys and wherefores behind many of the leaders and soldiers who rose to power in the first place.

Some of their names may be familiar, like Livia, Boudicca and Saint Helena. Livia was wife and partner to one emperor, Augustus, and mother to another, Tiberius; Boudicca led a British revolt against Roman rule; and Helena was mother and advisor to the first Christian emperor, Constantine. But there are other unsung women heroes who are equally fascinating.

Atia was Augustus’s mother. When her husband died in 59 BC, she nurtured her 4-year-old son and helped him to thrive. He was no emperor then — just a fatherless child. He had promise, though, and Atia made sure that he captured the attention of her overworked and single-minded uncle, Julius Caesar. When Caesar was assassinated in 44 BC he left the boy, now 18, as his posthumously adopted son. Atia advised her son behind the scenes and was the first person to hail him as Caesar’s heir. Although she didn’t live long enough to see him become Rome’s first emperor, Atia had the satisfaction of knowing that she had advanced her son from hard luck to political eminence.

About 75 years later, Rome was a monarchy and Augustus’s stepson Tiberius sat on the throne. Old and out of touch, Tiberius was nearly overturned by a conspiracy in AD 31. He was saved by a woman, Augustus’s niece, Antonia, who revealed the plot to him. And Antonia depended on another woman in turn, a foreigner and slave named Caenis. Immensely talented and gifted with a photographic memory, Caenis served as Antonia’s personal secretary. It was Caenis who wrote the letter that Antonia sent to Tiberius. Armed with the information it held, the aging emperor roused himself and had his enemies executed. Antonia eventually freed Caenis.

At some point during the 30s AD, Caenis began an affair with an up-and-coming Roman officer, Vespasian, who decades later, after several coup d’états and a civil war, became emperor, in AD 68. Roman law did not permit a man of his status to marry an ex-slave, but he lived with Caenis as his common-law wife. Anecdotes claim that she used her position to sell access and offices. In any case, she acquired a villa with luxurious baths in the suburbs of Rome. After she died around age 70, her baths were opened to the public. Caenis left behind a magnificent tombstone, decorated with cupids, a symbol of love, and laurels, a symbol of the emperor.

About 50 years later another woman in the imperial household held the fate of the empire in her hands. She was Plotina, wife of the emperor Trajan. A wealthy and educated noblewoman from what is today the south of France, Plotina was not shy about exercising her influence. She used it to advance the career of her husband’s distant cousin, Hadrian, a young man whom she adored; her husband had a lesser opinion of him. Plotina was with Trajan on a military expedition to the east when he died after a stroke in AD 118. On his deathbed Trajan granted Plotina’s wish and named her protégé as his successor. Or did he? Rumor said that he named no heir, but that Plotina stage-managed the whole thing before the world knew her husband was gone. Hadrian became the next emperor and went on to a great reign. Plotina, meanwhile, lived comfortably in retirement on the income from a brickworks that prospered in an era of a Roman construction boom — a brickworks managed by a female overseer. When Plotina died, Hadrian had her named a goddess.

About 75 years later another strong woman served as the emperor’s partner. Julia Domna was the wife of Septimius Severus, who took the throne in AD 193. She was Syrian and he was North African. After Severus’s death in AD 211, her sons shared the throne. Her older son, Caracalla, put her in charge of his correspondence and response to petitions, making Domna a sort of press secretary, a key position. Such formal power was unheard of for an imperial woman but Caracalla often made his own rules. Yet he soon broke his mother’s heart by having his younger brother Geta executed. The young man died in Domna’s arms. A few years later Caracalla was assassinated; distraught and possibly sick herself, Domna committed suicide. Her combination of power and grief make her unique in the annals of Rome’s imperial family.

Not all women who gained fame in the Roman empire were related to the emperors. Zenobia was a Syrian queen who carved out a kingdom in the eastern part of the Roman empire. From her capital city of Palmyra, she sent out armies that conquered territory extending from what is today central Turkey to southern Egypt. A tolerant ruler, she embraced the different ethnic groups in her realm and appealed to each of them according to their own customs. Meanwhile, she turned her court into a center of learning and philosophy.

But the empire struck back. In AD 272 there came an attack led by the Roman emperor Aurelian, a superb general. For her part, Zenobia accompanied her army to the front, but left command in battle to an experienced general. He did not prevail, however, and after two defeats Zenobia surrendered. One source says that she was dragged to Rome and forced to take part in a humiliating triumph, that is, victory parade, but another says that she died on the way to Italy. She may have died because of disease, but another possibility (not uncommon in Roman times) is that she refused food from her captors, dying in defiant resistance.

These are just some of the women who changed the shape of Roman history through their political strategy, their romantic liaisons, their battle mettle and their roles as mothers (and thus their sons’ champions). Beyond Women’s History Month, their stories have much to teach us about the grit, determination and strategy deployed by the gender thought of as inferior in Roman times. They achieved so much in a society that didn’t fully value them — imagine what they could have done if it had been the opposite.

Barry Strauss is Professor of History and Classics, Bryce and Edith M. Bowmar Professor in Humanistic Studies at Cornell University, and author of TEN CAESARS: Roman Emperors from Augustus to Constantine (Simon & Schuster; on sale March 5) 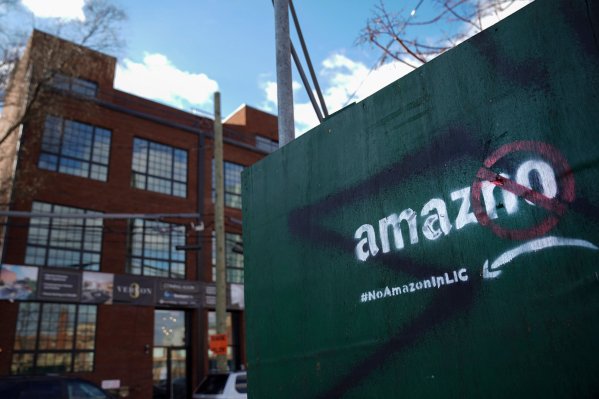 State Incentives for Attracting Business Were Controversial Long Before Amazon. Here's What That History Can Teach Us
Next Up: Editor's Pick