Samuel L. Jackson and Brie Larson Sang 'Shallow' and It's Clear They Make a Dynamic Duo

During a Friday appearance on The Jonathan Ross Show to promote their highly-anticipated new movie Captain Marvel, Larson and Jackson broke out into a soulful rendition of the hit love song as Ross, Jennifer Hudson and Will.i.am nodded their heads in approval. Ross even went so far as to throw his shoe in front of the dueting duo, Hudson’s signature move on The Voice when she truly loves a performance.

Larson and Jackson’s natural chemistry is good news for Marvel fans, as the two are set to appear opposite each other as superhero Carol Danvers and S.H.I.E.L.D. agent Nick Fury in Captain Marvel, the final installment in the Marvel Cinematic Universe ahead of the release of Avengers: Endgame. 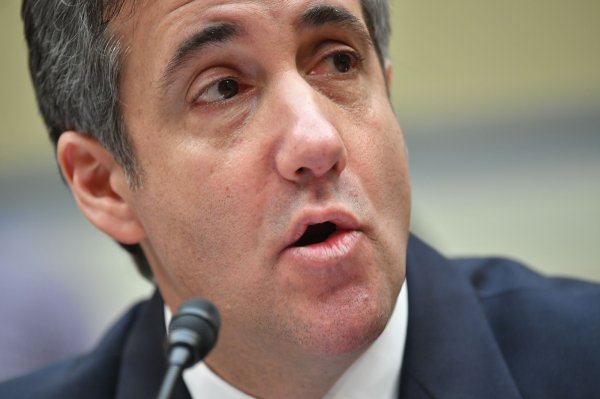 Leave it to Jimmy Kimmel to Find the Silver Lining of the Michael Cohen Testimony
Next Up: Editor's Pick