A Malaysian official said Sunday that the country is “more than willing” to restart the search for the vanished MH370 plane should any company present a fresh plan to track down the aircraft, Reuters reports.

The renewed interest comes as families of the deceased passengers mark the fifth anniversary of the aircrafts’s mysterious disappearance on March 8, 2014.

“If there are any credible leads or specific proposals…. we are more than willing to look at them and we are prepared to discuss with them the new proposals,” said Malaysian Transport Minister Anthony Loke.

Malaysia Airlines flight MH370 was carrying 239 people when it went missing en route from Kuala Lumpur to Beijing. Pieces of debris washing up along the Indian Ocean coastline narrowed previous searches but did not lead to the site of the wreckage. A $141 million underwater effort by Malaysia, China and Australia was called off in January 2017 after it made little progress.

Loke said Ocean Infinity has expressed interest in another search using new technology, but has yet to offer a proposal.

Malaysia offers a “no cure, no fee” agreement, which means that firms will be paid only if they manage to locate the aircraft, Reuters reports.

During a meeting Sunday with a woman widowed by the ill-fated flight, Malaysian Prime Minister Mahathir Mohamad also pledged to continue the search for MH370 “as long as there is hope.”

“We intend to continue and nowadays with electronic detection it may be possible for us to find where the plane had come down,” Mahathir said during an interview with 60 Minutes Australia. 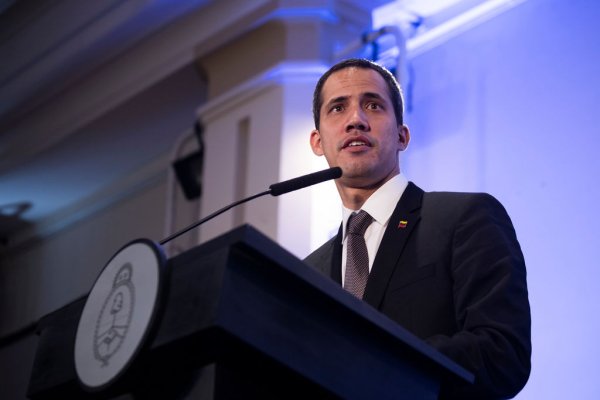 Guaido Tours South America as His Momentum Slows
Next Up: Editor's Pick