First, Gary Sinise Played a Soldier. Now He Spends His Life Giving Back to Them

Actor Gary Sinise shows his Presidential Citizens Medal outside the White House in Washington, DC after receiving the medal from US President George W. Bush for his work supporting American soldiers on December 10, 2008.
Chris Kleponis—AFP/Getty Images
By Abby Vesoulis

Nearly 25 years ago, Gary Sinise played the role of Lt. Dan Taylor — a platoon leader who loses his legs in the Vietnam War in the movie Forrest Gump. Since then, Sinise has dedicated his life to giving back to people who didn’t just strap on combat boots in movies, but did so in actual war zones.

During a recent sit-down interview with TIME, Sinise explained that supporting military members and veterans is not a partisan matter. Instead, it’s an American one.

In 2004, Sinise formed the Lt. Dan Band, which has played hundreds of shows in front of active-duty troops and veterans, both at home and abroad. In 2011, he founded the Gary Sinise Foundation, which has adapted 70 smart homes for severely wounded troops. And in February 2019, he published Grateful American: A Journey from Self to Service, a deeply personal book that chronicles it all.

Sinise’s book, which has now been on the New York Time’s best-seller list for three weeks, discusses how the iconic 1994 role changed his life.

That year, he writes in his book that he received an award for his “honest portrayal of a catastrophically-injured veteran who served his country.” Standing in front of 2,500 disabled veterans, many of them who could no longer stand themselves, event organizers with the Disabled American Veterans group thanked him for his hard work in the film.

“Hard work?!” he writes in his book, along with co-writer Marcus Brotherton. “Compared to what the people in this ballroom have gone through, my job isn’t close to hard work. All I do is find my mark, say my lines. Hard work is being far from home and up to your elbows in dust, crawling along the ground while the enemy shoots at you.”

But Sinise is no stranger to adversity, himself. In his book, he outlines the pain he felt when his brother-in-law, a Vietnam veteran who served as an Army medic, died of cancer. He shares how his father might have died from a brain bleed if they had not been temporarily relocated closer to a hospital due to faulty pipes bursting in the ceiling of their home. And Sinise also tells readers about his own near-death experience.

In March 2012, Sinise was en route to visit wounded troops at Walter Reed Military Medical Center when a van rammed his car from behind at full-speed. His neck was fractured and his head concussed. He was bed-ridden for about a month.

Still, he was thinking about giving back to the troops, who had endured worse injuries in combat than he had in the car crash.

“I have to get to the hospital,” he said, while injured from the collision. He meant Walter Reed.

Sinise’s book doesn’t just cover personal anecdotes or his acting career, though. He also touches on taboo subjects that don’t dominate the national conversation as much as he thinks they should.

He makes a point to not call post traumatic stress — a condition that affects about 7.7 million Americans per year and 20% of Iraqi war veterans — a “disorder.”

The diagnosis is one that his Forrest Gump character, Lieutenant Dan, may have had.

Though the pivotal role did influence his generosity towards service members — the Gary Sinise Foundation has given more than 175,000 meals, 400 essential pieces of equipment and 15 adapted vehicles to veterans and first responders — he tells TIME it was something else entirely that transformed the cause into his life’s mission.

“Quite frankly, if we hadn’t been attacked on Sept. 11, and we didn’t deploy to Iraq and Afghanistan, and our people didn’t start getting hurt and killed, I don’t know what I’d be doing right now,” he said. “After we were attacked and [I saw] those images of what happened that day, and then our troops were deployed and getting hurt and killed, something clicked in me, and I just wanted to do something.“

Sinise knows not everybody can found charitable organizations or donate hundreds of thousands of dollars to a cause. But you don’t need to do those things to make a difference to America’s 20.4 million veterans or 1.3 million active duty members, he says.

“I know that not everybody can get on an airplane and go over to a hospital in Germany or travel to war zones or do all the things that I’m doing,” he said. “[But] if everybody in every neighborhood, in every community, in every city, in every town and in every state took a little bit of responsibility to reach out to the military families and say, ‘What do you need? What can I do to help you?’, the problems that veterans have [would be] minimized.” 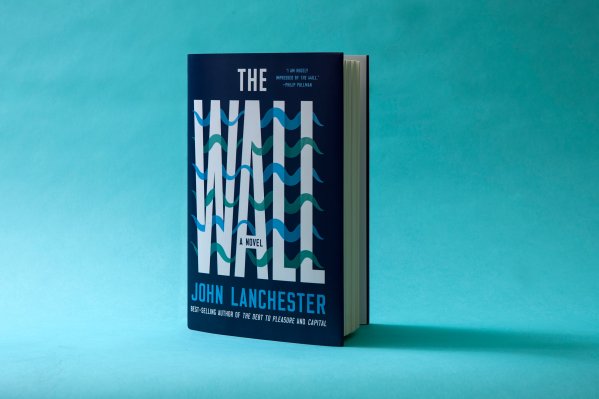 Dystopian Novel The Wall Shows Us What Goes Down When a Wall Goes Up
Next Up: Editor's Pick