An Oregon man was rescued Friday after being trapped inside his car for five days with only taco sauce packets to eat.

Deschutes County Sheriff’s Office posted on Facebook Wednesday that Jeremy Taylor, 36, of Sunriver, Ore., was missing. Taylor and his dog, Ally, were discovered by a snowmobiler at around 2:16 p.m. on Friday. Taylor told investigators that he had been driving his SUV up a forest service road near Wake Butte, Ore., last Sunday when his vehicle got stuck in the snow, the sheriff’s office wrote in a subsequent Facebook post.

Authorities said that man and dog are doing well.

Unable to move his vehicle, and not carrying a cellphone, Taylor got out of his car and tried to walk, but found that the snow was too deep to go on foot, authorities say.

“Jeremy stayed warm over the next four days by periodically starting his vehicle and used a few taco sauce packets he had as food,” the post read.

“Jeremy and Ally were found to be in good condition, but hungry after being stuck in the snow for five days,” the sheriff’s office continued. 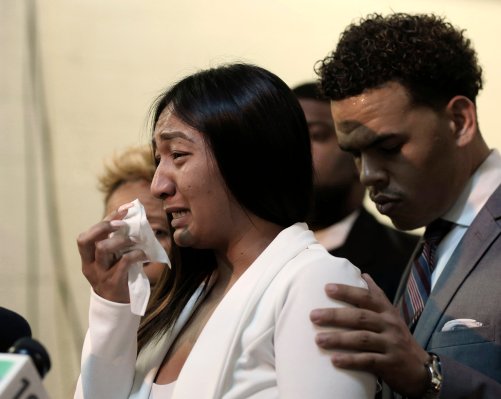 California Police Who Shot a 22-Year-Old Man Will Not Be Charged
Next Up: Editor's Pick