US Representative Ilhan Omar, Democrat of Minnesota outside the US Capitol in Washington, DC, Feb. 7, 2019.
SAUL LOEB—AFP/Getty Images
By Tara Law

West Virginia’s state government faced a string of disruptions Friday, after an anti-Muslim group was permitted to display Islamophobic propaganda at the statehouse, including a poster that targeted Minnesota Congresswoman Ilhan Omar.

The display, set up by the anti-Muslim group WV ACT for America, was placed outside of the state legislature’s chamber to mark “WVGOP Day,” according to the Washington Post. It was strewn with articles and reading materials with titles such as “Readin’, Writin’, and Jihadin’ The Islamization of America Public Schools” and “The Four Stages of Islamic Conquest,” according to local news channel WOWK-TV. However, a poster of Rep. Omar, the first congresswoman to wear a religious headscarf, particularly stood out.

The poster showed an image of the World Trade Center burning with the words “‘Never Forget’ – You said” above them. Below was an image of Omar with the phrase, “I am the proof you have forgotten.”

Rep. Omar, who has recently faced accusations of anti-Semitism and been a frequent target of racism, tweeted an image of the poster on Friday, as well as a post of graffiti that said “Assassinate Ilhan Omar.”

“No wonder why I am on the ‘Hitlist’ of a domestic terrorist and ‘Assassinate Ilhan Omar’ is written on my local gas station,” Omar wrote.

In West Virginia, the display caused the statehouse to fall into upheaval.

Sergeant-at-arms Anne Lieberman was accused by another legislator of saying, “all Muslims are terrorists,” according to the Register-Herald, leading to her resignation. A Democratic delegate, Mike Caputo, kicked in a door and injured a doorkeeper who wouldn’t let him inside during the Pledge of Allegiance. Caputo later told the Register-Herald that he had kicked the door because he thought that the hostility had made it more important for him to be inside.

“My goal was to get in that chamber, protect my members, go to the speaker and try to figure this thing out,” Caputo said.

Multiple legislators spoke out against the hate speech, including state delegate Mike Pushkin, a Democrat.

“It’s ugly, it’s hateful and there’s absolutely no place for it in American politics,” said Pushkin, according to WV News. “Not in the country that I love. Not in the state that I love. We all give up our time during this time of year to come up here and serve our constituents because we love this state. Well, I love everybody in the state, no matter what they look like, who they pray to, who they love. I’m tired of it. It disgusts me.”

House speaker Roger Hanshaw, a Republican, also condemned the incidents in a statement and said that the house leaders are working to investigate what happened.

“The West Virginia house of delegates unequivocally rejects hate in all of its forms,” Hanshaw’s statement said. “As we began today’s floor session, we had a series of incidents occur in and outside of our chamber that absolutely do not reflect the character and civility the people of this state demand of their public servants.”

Others appeared to be less inclined to condemn the hate speech, arguing that it is a question of freedom of speech.

“While I may not agree with everything that is out there, I do agree that freedom of speech is something we have to protect, even if we don’t agree with it,” Republican state delegate Dianna Graves said. “Maybe especially because we don’t believe in it.”

Rep. Alexandria Ocasio-Cortez, a friend of Omar’s and another freshman congresswoman, criticized the GOP on Saturday for failing to speak up against hate speech.

“When racism becomes acceptable on a partisan basis, and official GOP groups begin to use it to demonize communities, it puts real people in danger,” Ocasio-Cortez tweeted. 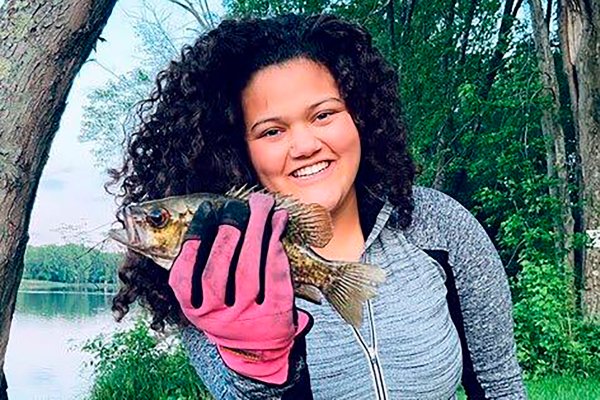