Despite a spike in measles cases across the country, some lawmakers are doubling down on their anti-vaccination beliefs.

On Wednesday, the Republican Governor of Arizona Doug Ducey told reporters that he was “pro-vaccination” and “anti measles” and stated that he would not sign three bills passed by the Arizona state legislature designed to complicate and weaken state vaccine protocol. One of the bills would allow individuals to refuse a mandatory vaccine on religious grounds.

In response, Arizona state representative Kelly Townsend released a statement on Facebook, claiming that mandatory vaccine laws are “Communist” and expressed dismay that the people of Arizona “are prepared to give up our liberty, the very sovereignty of our body, because of measles.” After facing criticism for her remarks, Townsend reiterated her stance in a second Facebook post, claiming that required vaccinations violate individual sovereignty.

“The point is whether or not your body is sovereign or if the government can force you to be injected against your will,” Townsend said.

The Republican representative continued to express anti-vaccine sentiment in an interview with the Washington Post, attributing health problems experienced by her 22-year-old daughter to vaccines she was given as an infant. Townsend also demanded that government should focus on “discovering what in these vaccines is causing so much injury,” stating, “the problem is something is in those vaccines.”

Townsend wasn’t the only lawmaker espousing misinformation on vaccines. Texas state representative Bill Zedler is currently promoting legislation that would expand vaccine opt-outs in the state. Zedler was quoted this week saying that people don’t die from measles in the U.S. because of “antibiotics and that kind of stuff,” according to the Texas Observer. Measles is a virus, and cannot be treated with antibiotics.

The U.S. is currently in the midst of a measles outbreak. According to the Center for Disease Control (CDC), there have been 159 individual cases of measles across 10 states since January 1, 2019, and the number is continuing to rise. Just today, 21 measles infections were linked to a single yeshiva in Brooklyn.

Despite overwhelming scientific evidence that vaccines are safe and effective, vaccine refusal rates have been on the rise. The CDC states that the measles vaccine is 97% effective in preventing the virus. 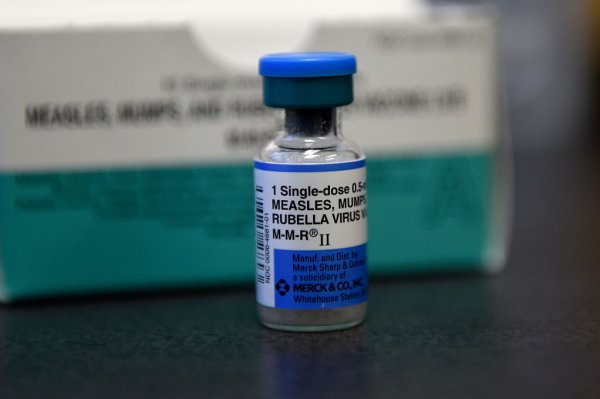 New York City Could Shut Down Certain Yeshivas That Allow Unvaccinated Children to Attend School
Next Up: Editor's Pick