China has removed more than two minutes of LGBTQ content from the 2018 Best Picture nominee Bohemian Rhapsody, which landed in the world’s second-largest movie market on March 22.

The biopic chronicling British rock-band Queen shows frontman Freddie Mercury kissing and touching other men in its original version. But in China, a scene of two men kissing, the word “gay,” and a clip of the main character dressed in women’s clothing were removed, according to CNN.

Mercury (played by Rami Malek), became a queer icon shortly before the HIV/AIDS crisis in the 1980s and eventually died of complications related to the illness, though he never formally came out. The film initially focuses on Mercury’s romantic relationship with Mary Austin (played by Lucy Boynton). As the relationship begins to deteriorate, Mercury tells Austin that he thinks he might be bi-sexual, to which she responds, “No Freddie, you are gay.” That scene has also been cut from the Chinese version of the movie.

“Rather than homophobic, I think (China’s censors) are sexphobic,” LGBTQ activist and documentary filmmaker Fan Popo told CNN. “They are probably the most conservative people in China, that’s why they are chosen for this job,” he said.

This is not the first LGBTQ censoring in China to raise eyebrows in recent months. One Chinese broadcaster caused uproar on Chinese social media when it censored Rami Malek’s Best Actor Oscar acceptance speech, changing “gay man” to “special group” in the subtitles.

Other recent Oscar contenders with LGBTQ themes like Call Me By Your Name and Moonlight were not released in China at all.

Although attitudes toward homosexuality are slowly changing in China, LGBTQ content is still routinely censored on mainstream Chinese media. 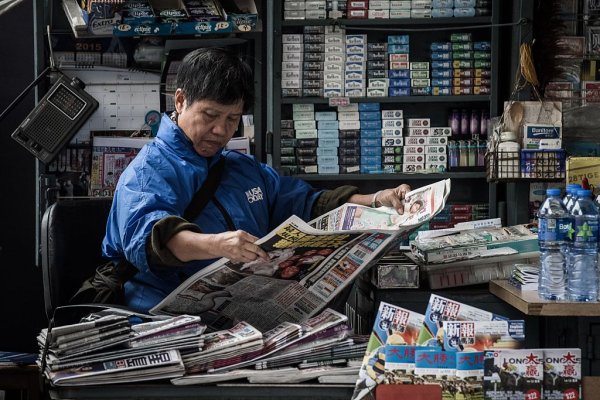