The number of pedestrians hit and killed on U.S. roads has surged to the highest level in almost three decades, new data indicates, while suggesting that a rise in SUVs and smartphone use may be to blame.

Last year, 6,227 pedestrians were killed in road fatalities — a 51 percent increase compared to 2009, according to a preliminary estimate published Thursday by the Governors Highway Safety Association (GHSA). The D.C.-based non-profit said the 2018 figure is the highest recorded since 1990.

Five states—Arizona, California, Florida, Georgia and Texas—accounted for 46 percent of all pedestrian deaths, despite representing just 33 percent of the U.S. population, according to Census data. California had the largest number, at 432.

The report, which was compiled based on preliminary statistics collected in all 50 states and the District of Columbia, says 2018 appears to continue a trend of worsening pedestrian fatalities.

The GHSA flagged an increasing number of SUVs on the road as one possible factor in the rise in pedestrian deaths. The number of fatalities involving SUVs rose by 50 percent from 2013 to 2017, compared to passenger cars, which increased by 30 percent. Light trucks generally cause more severe pedestrian impact than cars, the report said.

An increase in smartphone usage was also cited as a “significant source of distraction” for road users.

Fatalities may also be linked to population growth. States with the highest growth from 2017 to 2018 include Arizona, Florida and Texas, which are among those with the largest number of pedestrian deaths.

GHSA urged states to conduct public outreach campaigns, improve infrastructure where needed and copy effective measures, like in Pennsylvania, where law enforcement conduct targeted stings for motorists who fail to yield to pedestrians in crosswalks. 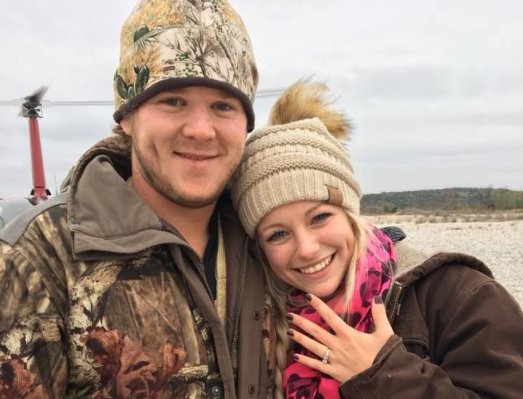 Texas Newlyweds Die in Helicopter Crash Just Hours After Their Wedding
Next Up: Editor's Pick