A Tesla Model 3 located in a Tesla Service Center in Frankfurt on Feb. 14, 2019. Tesla announced on Feb. 28, 2019 that it is launching its highly anticipated Model 3 starting at $35,000.
Silas Stein—picture alliance/Getty Images
By Dana Hull and Tom Randall / Bloomberg

(Bloomberg) —Elon Musk is delivering on one big promise — a $35,000 Model 3 — while warning Tesla Inc. may not be able to pull off a quarterly profit as projected earlier.

It’s unlikely Tesla will earn money in the first quarter because of challenges getting its electric cars to China and Europe, the chief executive officer told reporters Thursday. The company announced the long-awaited cheaper version of its sedan and said it can afford to drop prices because it’s shutting many of its stores worldwide to cut costs.

Moving all sales online, which will involve more job cuts, allows Tesla to lower vehicle prices by about 6 percent on average, the company said in a blog post. Its website made a $35,000 version of the Model 3 available for the first time, almost three years after Musk started taking orders.

“Tesla pioneered direct-to-consumer sales, and the stores were always more of an advertising portal than an actual transaction portal,” said Mike Ramsey, an automotive consultant with researcher Gartner Inc. “Closing the stores themselves is not that crazy; the real issue for Tesla is their service capability.”

“Over the next few months, we will be winding down many of our stores, with a small number of stores in high-traffic locations remaining as galleries, showcases and Tesla information centers,” the company said on its blog. “The important thing for customers in the U.S. to understand is that, with online sales, anyone in any state can quickly and easily buy a Tesla.”

Tesla shares, which rallied for two days prior to the announcement, fell as much as 4.1 percent to $306.80 in late trading. 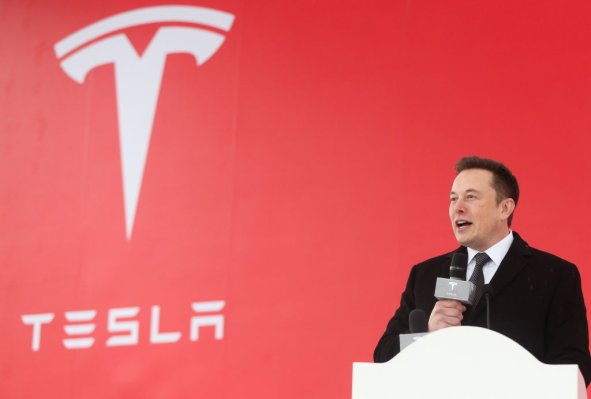 Judge Gives Elon Musk 2 Weeks to Explain Why He Shouldn't Be Held in Contempt for Tweets
Next Up: Editor's Pick