From Suicide Bombing to Captured Pilot: A Timeline of the Latest Crisis in Kashmir

Ever since the Partition of British India in 1947, Pakistan and India have been archrivals. The most disputed border between the two countries runs through the Himalayan territory of Kashmir, which both countries claim as their own. India and Pakistan have fought three wars in the last 70 years, two of which, in 1947 and 1965, were over Kashmir.

This February marked a turning point in the long-standing conflict, as tensions between the two nuclear-armed countries rose to crisis point. The most recent episode, sparked by an attack on Indian paramilitary police by a Pakistan-based militant group, has left dozens dead.

Here’s a timeline of what happened in the last few weeks.

Feb. 14: 40 Indian paramilitary police are killed in a suicide bombing in Pulwama, in Indian Administered Kashmir (IAK). It is the deadliest attack in the region in 30 years.

Feb. 18: Militants in Kashmir kill an Indian army major and at least three other soldiers. Indian forces claim two militants were killed in the fighting.

Feb. 24: Five people — three rebels, a counterinsurgency police officer and an army soldier — are killed in a gun battle between members of a Pakistani militant group and Indian security forces.

Feb. 26: India claims to have hit “a large number” of militants in Pakistan. Major General Asif Ghafoo, a spokesperson for the Pakistan armed forces, denies the claim, saying no one was killed and that the air strikes missed any targets.

Feb. 27: Pakistan’s military claims to have shot down two Indian warplanes, and captured both pilots. India again refute the claim, saying only one of their pilots has been captured. Pakistan then says it only has one Indian pilot in custody. 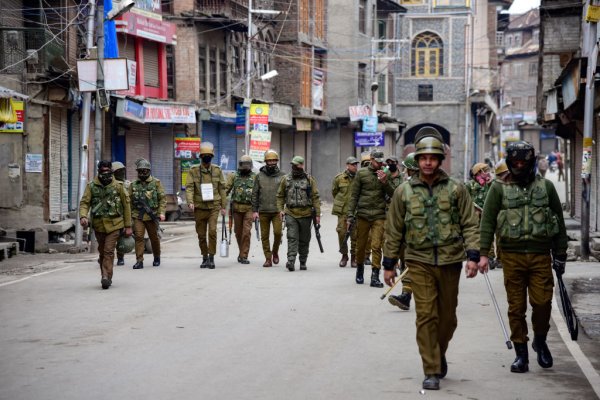 Tensions Between India and Pakistan Are at Their Highest Point in Decades. Here's What to Know
Next Up: Editor's Pick