Global activists from Avaaz set up cardboard cutouts of Facebook chief Mark Zuckerberg, bearing the words "Fix Fakebook," in front of the European Union headquarters in Brussels, on May 22, 2018.
John Thys—AFP/Getty Images
By Billy Perrigo

An overwhelming majority of Europeans would support a radical new measure that would require social media companies to direct all users who have seen false information toward fact-checks, according to new polling from global advocacy group Avaaz. The initiative is intended to prevent the spread of “fake news” on Facebook and Twitter as governments come under growing pressure to regulate social media.

Research shared exclusively with TIME shows that 86.6% of people support Avaaz’s new proposal known as Correct the Record, which activists and politicians say could be the most effective way to stop “fake news” from spreading online.

Under the Correct the Record initiative, social media companies would have to make sure that all users who see false information on their feeds are also later presented with fact-checks — whether in the form of a notification telling them something they’ve seen may have been misleading, or a pinned post in their newsfeed with a link to a fact-check by a “verified” organization.

The proposal is one of the first concrete suggestions for how to combat the spread of disinformation online, at a time when false news is increasingly affecting the outcome of elections and fueling violence around the world.

The international activist network Avaaz, in collaboration with the polling group YouGov, surveyed more than 5,000 people in Germany, France, Spain and Italy on the subject of Correct the Record. In each country, at least 81% and as many as 92% of respondents said they either “agreed” or “strongly agreed” that social media companies should “work with independent and trusted fact checking organizations to provide all users who have been exposed to widespread false or misleading content with verified corrections.”

“Correcting the record is a legal responsibility that newspapers have to meet in many countries,” Ricken Patel, the executive director of Avaaz, tells TIME. “When they print false information, they have to print corrections. Part of Correct the Record is just bringing that journalistic tradition of correction into social media.”

European Union officials have also welcomed the Correct the Record proposal. “We need rapid corrections, which are given the same prominence and circulation as the original fake news,” said Julian King, the E.U. security commissioner, after being briefed on the proposal late last year.

Facebook, one of the key targets of the proposal, has not yet provided a formal response to a TIME request for comment. The company does already have partnerships with fact-checking bodies around the world. “Misinformation is bad for our community and bad for our business. It’s why we’re investing significant time and resources to fight it,” the company wrote in a 2018 blog post.

But the matter is increasingly urgent as European Union elections approach in May, and activists say Facebook is not doing enough. Of the Avaaz survey’s respondents, 77.8% said they believed fake news and “politically motivated disinformation” posed a threat to the legitimacy of those elections, and 84.8% said they believed social media companies should be regulated.

“We have found a tremendously receptive audience for Correct the Record as an idea, across the spectrum, from academics to regulators to experts, to the social media executives themselves, to political party leaders,” Patel, tells TIME. “You name it, I have not found strong arguments against this solution.”

But some activists raised concerns that Facebook could not be trusted to partner with fact-checking organizations. “This measure is a good starting point, but only as long as there’s democratic accountability,” says Kyle Taylor, the director of the campaign group Fair Vote U.K. “It’s not safe to outsource truth to a private company.”

Snopes, the popular online fact-checking website, pulled out of a fact-checking arrangement with Facebook earlier in February, citing dissatisfaction that the arrangements were benefiting Facebook at the expense of the “whole web.”

“The work that fact-checkers are doing doesn’t need to be just for Facebook — we can build things for fact-checkers that benefit the whole web, and that can also help Facebook,” Vinny Green, Snopes’ vice president of operations, told Poynter. Others raised concerns about reports that Facebook had hired a PR firm to spread anti-Semitic tropes about George Soros. “They’ve essentially used us for crisis PR,” Brooke Binkowski, a former Snopes editor, told the Guardian.

Christoph Schott, a campaign director at Avaaz, says Facebook’s current fact-checking arrangements are a step in the right direction, but are not enough. Only a small percentage of those who see “fake news,” he says, ever come into contact with a post debunking it. “They don’t inform the other maybe 95% of users,” he tells TIME. Correct the Record, he says, would change that.

Damian Collins, the U.K. lawmaker who eviscerated Facebook in a 111-page report published in mid-February and called for regulation to limit “fake news” on social media, also supports the proposal. (In response to that report, Facebook said it was open to “meaningful regulation.”)

“Support for the Correct the Record measure highlights the growing concern about disinformation on social media and the threat this poses to our democracy,” Collins tells TIME. “The big tech platforms should do more to act against known sources of disinformation and to warn users when they may have been exposed to it. We know they have the technical capability to do this.”

It remains unclear how Correct the Record” can be implemented in practice. Avaaz has presented the proposal to Facebook, Twitter and Google executives, as well as to governments — who could use the idea as a basis for new laws. Social media companies may also attempt to avoid regulation by self-imposing such measures.

In plans submitted to the E.U., NATO, and European governments, Avaaz suggests a five step plan of “define, detect, verify, alert and correct.”

They suggest that social media companies should provide a way for users to flag content for checking, and that a piece of disinformation should be flagged when independent fact-checkers verify that content is misleading. Once they have debunked the content, “each user exposed to verified disinformation should be notified using the most visible notification standard,” according to a policy document presented to E.U. and NATO leaders.

“Facebook has always said ‘we’re open to legislation, if it’s the right legislation,’” Patel, the Avaaz executive director, says. He hopes the company will soon see that it’s smart to rebuild trust in the brand. “This is Facebook’s moment of truth. The E.U. elections are coming. Is it going to be another version of the U.S. election in 2016?” 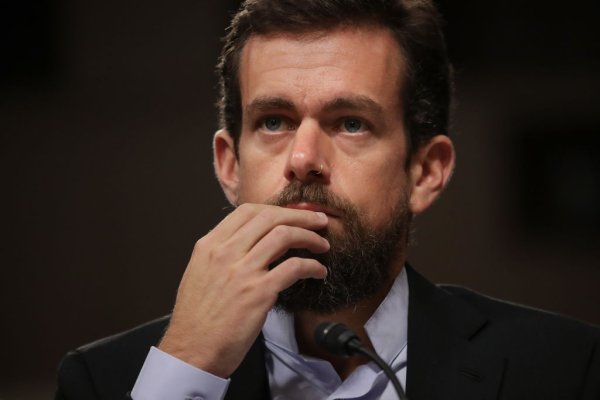 Twitter's CEO Gives the Site a 'C' for Combatting Abuse Online
Next Up: Editor's Pick