A viral outbreak killed 11 children at a New Jersey health center last year due to a lack of administrative oversight, slow responses from medical staff and a flawed infection-control plan, according to a federal investigation.

The 114-page report, which was compiled by the New York regional office of the Centers for Medicare and Medicaid Services (CMS) and reviewed by TIME, says the pediatric medical director at the Wanaque Center “didn’t understand what medical director meant” when he assumed the position, had not filed a monthly report in four years and did not attend quality assurance and performance meetings.

“Regarding the outbreak of the virus, I thought the state was over reacting,” the pediatric medical director told investigators. “I said, ‘How is it going to spread?’ That was in October. I knew we had a problem after the 4th death.”

The doctor was not named in the report, but was identified as Dr. Maged Ghaly by the North Jersey Record, which first reported on the investigation. Ghaly told TIME he had been advised by lawyers not to comment.

The report, which also includes Wanaque’s full plan of correction, alleges that the medical center did not have an adequate infection-control plan, did not respond appropriately when illnesses began to emerge and did not properly monitor the facility’s infection rate. Staff at the facility failed to fix issues that could have slowed or stopped the outbreak, allowing 33 residents and one staff member to get sick, the report, which was published in December, said. Failings in administration and patient care also “placed the facility’s other 150 residents in immediate jeopardy of contracting adenovirus infections, with the likelihood to cause serious harm, impairment, or death,” it adds.

Representatives from Wanaque have contested the report’s accuracy, both in media statements and in communications with the Centers for Medicare and Medicaid Services. Facility representatives argue that its staff followed proper protocols and gave adequate care to residents, and blame the severity of the outbreak on the contagiousness of adenovirus and the medical fragility of Wanaque’s residents.

Wanaque Administrator Rowena Bautista said in a statement provided to TIME that, “We are infuriated that, after a cursory review, federal surveyors put together a report riddled with factual inaccuracies, disregard of medical judgment, and blatant misstatements about how viruses spread.”

One of the facility’s attorneys, Andrew Aronson, wrote in a letter sent to the federal agency and provided to TIME that the report “is riddled with factual inaccuracies, ignorance of medical judgment, statements that are contradicted by experts and other evidence, and sensational accusatory conclusions that lack any support whatsoever.”

Dr. Edward McManus, an infectious disease physician who was brought on to work with Wanaque after initial outbreak investigations, said in a statement provided to TIME that, “The outbreak itself was unavoidable, and its scope and consequences were attributable to a particularly dangerous strain of virus that afflicted a very vulnerable population.”

Contagious adenoviruses typically cause only minor illnesses, such as common colds and sore throats. The strain that circulated at Wanaque last year, adenovirus 7, is known to cause particularly severe illnesses that affect the respiratory system — especially among patients like those at Wanaque, who had preexisting medical conditions and a shared living environment, New Jersey health officials said during the outbreak last fall.

A separate report from the New Jersey Department of Health compiled shortly after last year’s outbreak found hygiene and infection-control issues within the Wanaque Center, the Record reported at the time. Among other issues, state investigators wrote that empty rooms had not been cleaned and disinfected for days after their residents died, and that an adult patient had been wearing a soiled diaper for hours.

Bautista said in a statement at the time that “nothing in the report identifies systemic deficiencies in policies or procedures, and there is no suggestion that the deficiencies identified contributed to the viral outbreak.”

Nonetheless, New Jersey Health Commissioner Dr. Shereef Elnahal paused all admissions to the center following state investigations, and NJ.com reports that some restrictions had not been lifted as of February. State Department of Health officials also called for a nearly $21,000 fine for each infection-control-related failure, the Record reports.

Previous reports also turned up hygiene and infection-control problems. A surprise inspection last October resulted in the conclusion that Wanaque “must establish and maintain an infection prevention and control program,” and Medicare investigations in 2016 and 2017 found infection control issues including inadequate hand-washing practices, improper storage of medical equipment and inadequate cleaning and sterilization processes. 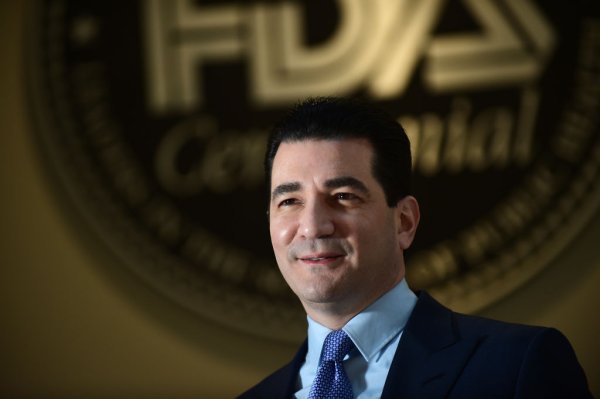 FDA Head Says the Federal Government May Have to Set Vaccine Policies If State Laws Continue to Allow Outbreaks
Next Up: Editor's Pick