On their last legal day in Hong Kong Thursday, two Saudi sisters who have ended up stranded in the city for almost six months pleaded with authorities to allow them to stay.

The pair, who use the aliases Reem and Rawan, fled their families over alleged abuse last September. They were were en route to claiming asylum in Australia, but were intercepted at the Hong Kong airport by officials from the Saudi consulate, documents from the airlines and seen by TIME show.

Fearing they would be kidnapped and deported, the sisters entered Hong Kong as visitors.

Reem and Rawan began speaking out about their ordeal this week as the deadline for them to leave Hong Kong loomed. They have becoming the latest Saudi women to capture global headlines after making a dash from the conservative kingdom.

Like other other Saudi women who have run away, Reem and Rawan fear for their lives if they are put back on a plane to Riyadh, both because of the abuse they say they faced at the hands of their three brothers and father, and because they have renounced Islam – a crime punishable by death in the kingdom.

Read more: ‘I Knew This Was Injustice.’ Saudi Sisters Describe the Oppressive Society They Left Behind

“Either our family or the government will kill us for what we did,” Reem told TIME in a recent interview.

After their Saudi passports were invalidated in Nov., the Hong Kong Immigration Department allowed the sisters to stay in the city until Feb. 28. They are asking for an extension on humanitarian grounds while their application for an emergency visa is considered by a third country.

Reem and Rawan applied to the third country, which they are not disclosing, with a 350-page request on Dec. 21. They have yet to receive an answer, but say they have no choice but to remain hopeful. They have not applied for asylum in Hong Kong, a years-long process where the U.N. Refugee Agency is not involved in assessing refugee status claims.

“We are in fear every day we are in Hong Kong,” Reem and Rawan said in a statement on Thursday. “We want to leave to a third country place of safety as soon as possible. We desperately hope that this will happen very soon and that the Hong Kong government will continue to allow us to stay here until then.” 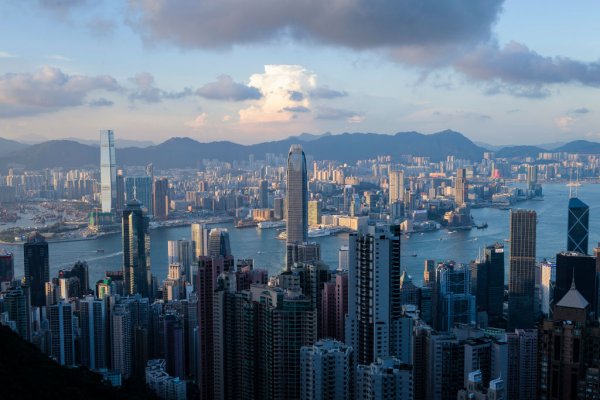