During 10 years of service, Michael Cohen says, he threatened hundreds of people on behalf of his boss, Donald J. Trump: he strong-armed contractors, browbeat reporters and warned schools against releasing Trump’s grades. But sitting before the House Committee on Oversight and Reform on Feb. 27, Cohen himself became a threat as he ticked off a long list of potentially criminal acts committed by Trump and laid bare the many legal and political perils the President faces for his conduct as a businessman, candidate and Commander in Chief.

Republicans argued that Cohen, who will start a three-year prison sentence in May for campaign-finance violations, tax evasion and bank fraud, was an untrustworthy witness. “It’s laughable that anyone would take a convicted liar like Cohen at his word,” said White House press secretary Sarah Sanders. But as the country awaits special counsel Robert Mueller’s report on possible collusion between Trump’s 2016 campaign and Russia, even Cohen’s failings highlight the dangers confronting the President. Trump has always been driven, his longtime lieutenant alleges, not by a grand scheme to undermine American democracy but rather by a litany of low motives: personal power, self-preservation and greed.

Cohen’s most explosive testimony included an allegation that Trump committed a crime after becoming President. He said that during a conversation in the Oval Office in early 2017, the President promised to reimburse him for payments Cohen had made to Daniels in exchange for her silence about an alleged affair with Trump. Cohen showed the committee a copy of a check dated August 2017 from Trump’s personal bank account and signed by the President. If Trump knowingly reimbursed Cohen to limit political damage, which Trump denies, he likely violated campaign-finance laws. Cohen himself pleaded guilty in August 2018 to violating campaign-finance laws related to his role in these payments.

Cohen also alleged that Trump intentionally inflated his financial assets when it suited his needs. He showed the committee financial statements from 2011 to 2013 that he said Trump gave to Deutsche Bank to obtain a loan to try to buy the NFL’s Buffalo Bills. Both Cohen and Trump’s former campaign manager Paul Manafort were convicted of bank fraud. If Trump lied about his assets to Deutsche Bank, he could face the same fate once he leaves office. Current Justice Department policy says a sitting President can’t be indicted.

Cohen again raised eyebrows when he was asked whether the President compelled him to lie. Cohen pleaded guilty to perjuring himself in written testimony to Congress in 2017; now he says Trump and two lawyers reviewed that testimony beforehand. Cohen also said Trump implicitly directed him to lie about negotiations to build a Trump Tower in Moscow during the 2016 campaign. “He would look me in the eye and tell me there’s no business in Russia and then go out and lie to the American people by saying the same thing,” Cohen said. “In his way, he was telling me to lie.”

In the claim that circled closest to Mueller’s probe, Cohen said he was present when Stone phoned Trump to inform him that WikiLeaks was preparing to publish emails stolen from the Democratic National Committee. Trump was reportedly asked by Mueller about his contacts with Stone, and provided detailed answers under oath. Stone was indicted in January for obstruction, false statements and witness tampering, and he denies Cohen’s allegations.

It is now clearer than ever that Trump’s legal troubles go well beyond the Mueller investigation. His businesses, family charity, campaign, Inauguration, Administration and even his Washington hotel remain tangled in investigations and civil lawsuits in multiple federal and state jurisdictions. Cohen testified that Manhattan federal prosecutors, for example, are probing other alleged crimes, with his help.

Cohen’s testimony was only the first of what may be dozens of high-wattage congressional hearings this year. Other potential witnesses to the President’s alleged misdeeds: his family, his former National Security Adviser and Mueller himself.

–With reporting by ALANA ABRAMSON/WASHINGTON 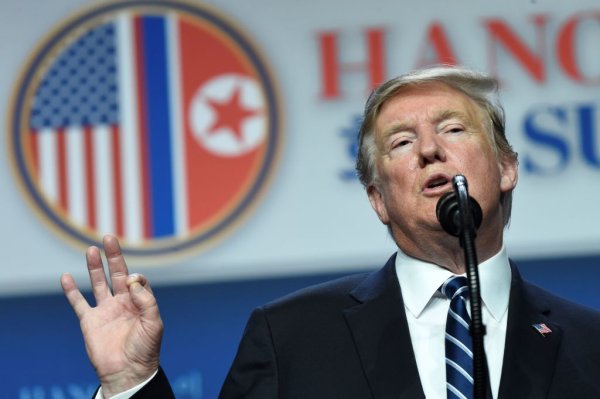