A Senate Report Has Slammed the Chinese Learning Centers Operating at Over 100 U.S. Universities

The report, issued by the Committee on Homeland Security and Governmental Affairs, called for stringent controls to be placed on learning centers run by the Confucius Institute, which operates at over 100 U.S. universities and receives funding from the Chinese government’s Ministry of Education. If the centers cannot be overhauled, the report says, they should be closed.

The Confucius Institute, which runs more than 500 centers globally, says its mission is “providing Chinese language and cultural teaching resources and services worldwide,” as well as “contributing to the development of multiculturalism and the building of a harmonious world.”

The Senate’s Permanent Subcommittee on Investigations, however, is not convinced. “Confucius Institute funding comes with strings that can compromise academic freedom,” its report says.

The 93-page review claims the centers are used as a propaganda tool “aimed at attempting to change the impression in the United States and around the world that China is an economic and security threat.”

The committee also accused schools of covering up their Chinese government funding. “Nearly seventy percent of U.S. schools with a Confucius Institute that received more than $250,000 in one year failed to properly report that information to the Department of Education,” the report says.

The Confucius Institute has attracted increased criticism since a 2017 report by the National Association of Scholars laid out concerns about its influence on intellectual freedom and close ties with the Communist party.

Last year, U.S. Senator Marco Rubio challenged three Florida universities with Confucius Institutes to a debate on topics that are taboo in China, like political prisoners and the 1989 Tiananmen Square Massacre.

At least three American universities have closed their Confucius Institute centers in 2019. Students at some other schools are pressuring their administrators to cut ties with the organization. 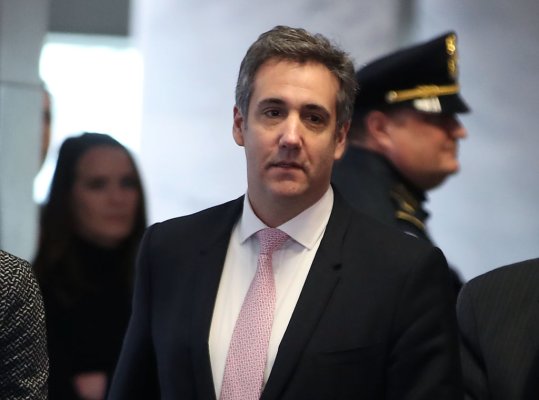 Michael Cohen Has Been Disbarred in New York
Next Up: Editor's Pick